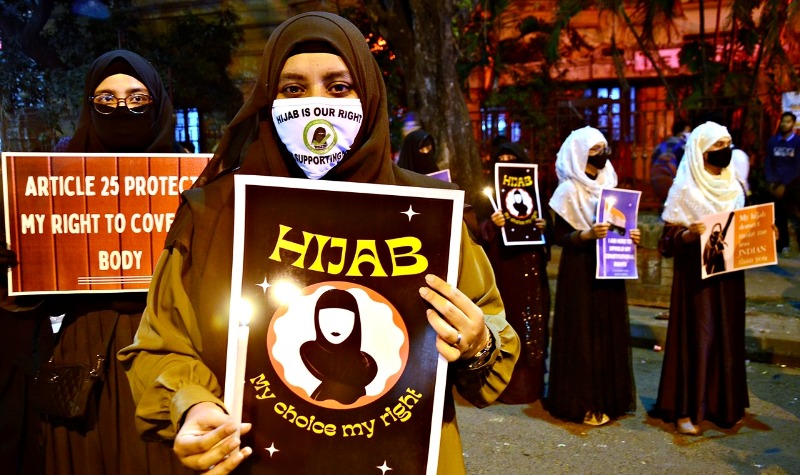 Ban on hijab will continue during classes: K'taka Minister

Bengaluru/UNI: Karnataka Primary and Secondary Education Minister BC Nagesh on Thursday said the ban on hijabs during classes conducted in educational institutions implementing dress code will continue following a split verdict by the Supreme Court on the issue.

"The schools and colleges in the state will operate as per the Karnataka High Court order. Children will have to come to the schools accordingly," he said.

"The ban on hijab will continue. As you know that the Karnataka Education Act does not permit any religious items inside the class. So we are very clear that no student can wear a hijab inside the class," Nagesh explained.

The Supreme Court Thursday gave a split verdict on a batch of pleas challenging the Karnataka High Court verdict, rejecting the plea of pro-hijab students, seeking the lifting of the ban on wearing a hijab during classes.

"Keeping in mind a movement launched against hijab and burqa across the world and freedom of women being a point of discussion, the state government expected a better verdict that could have brought about uniformity in the education system, but the apex court gave a split judgement," he said.

The state government will wait for the verdict by a higher bench, Nagesh said.

Karnataka Home Minister Araga Jnanendra said, after the apex court gave a split verdict, it now depends on what directions the Chief Justice of India gives.

On January 1 this year, six girl students of a college in Udupi attended a press conference held by the Campus Front of India (CFI) in the coastal town protesting against the college authorities denying them entry into classrooms wearing hijab.