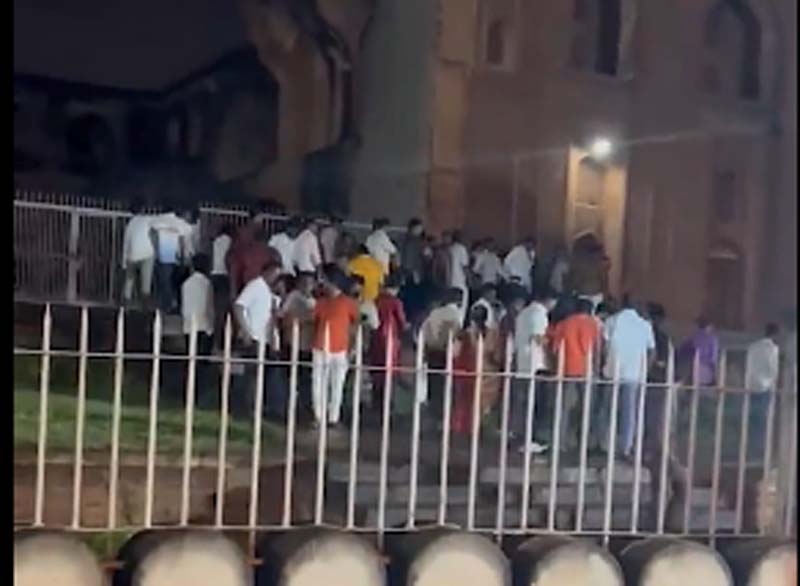 Karnataka: 4 held for praying in madrasa in Bidar

Bidar: Police on Friday said they have arrested four people for barging into a madrasa and performing prayers on the premises on October 5 here in Karnataka.

In the viral video, the people can be seen standing on the staircase of the madrasa and trying to get inside.

The madrasa was built in the 1460s and is maintained by the Archaeological Survey of India.

Tension prevailed in the region after the culprits forcefully entered Mahmud Gawan madrasa the next morning.

The police have registered an FIR against nine people.

Muslim organisations have threatened protests if all the accused are not apprehended by today. One of the key suspects is Prashant Gawli, a leader in the town.

Meanwhile, All India Majlis-e-Ittehadul Muslimeen President Asaduddin Owaisi lambasted the ruling BJP over the incident, accusing it of promoting such incidents to demean Muslims.