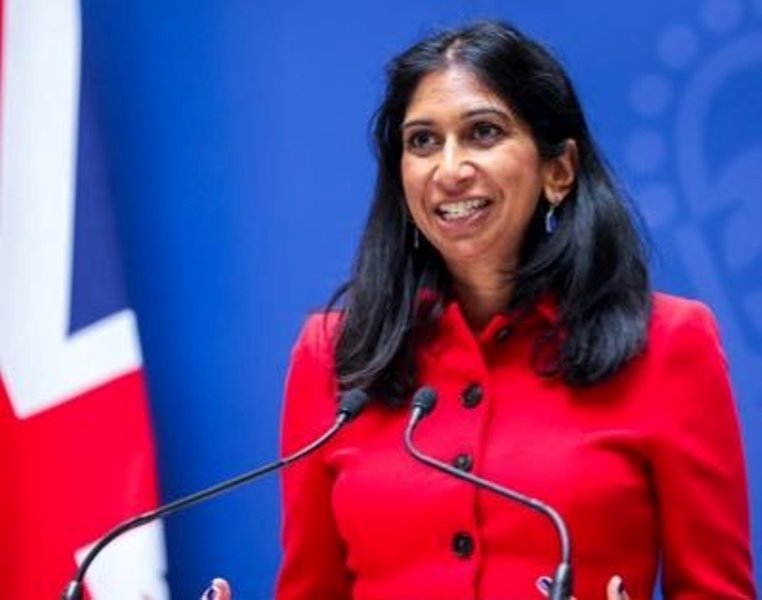 New Delhi/IBNS: Countering UK Home Secretary Suella Braverman's claim that the Migration and Mobility Partnership (MMP) had not worked well, India said it had taken action on all cases which were raised under the agreement, media reports said.

Braverman has claimed in an interview that Indians are the "largest group of people who overstay" their visas in the UK.

The High Commission of India Thursday said as quoted by NDTV, "As part of our wider discussions under Migration and Mobility, the government of India is committed to working with the government of the UK to facilitate the return of Indian citizens who have overstayed their visa period here in the UK."

"As per the data shared with the Home Office, as of date, action has been initiated on all of the cases referred to the High Commission.

"Further, the UK has also undertaken to fulfil certain commitments as part of the Migration and Mobility Protocol, on which we await demonstrable progress," he added.

Braverman, the Indian-origin minister, said she had concerns over the Free Trade Agreement (FTA) with India.

"I have concerns about having an open borders migration policy with India because I don't think that's what people voted for with Brexit," he told a British weekly magazine.