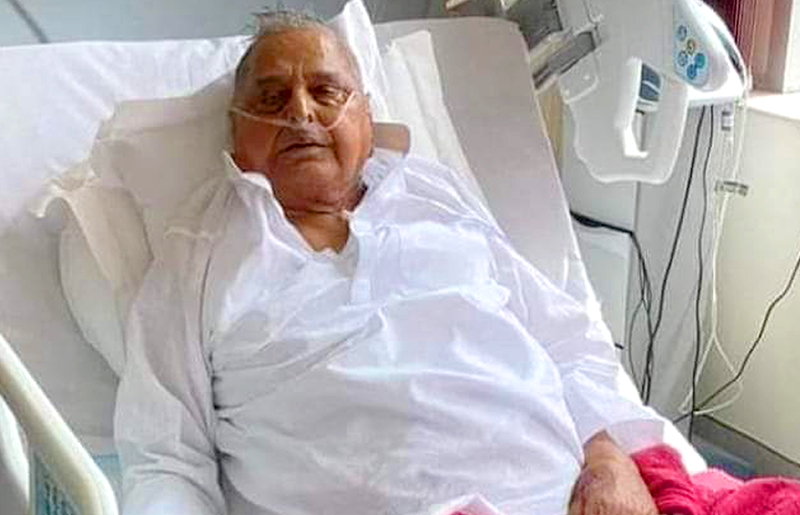 Gurugram: Samajwadi Party founder Mulayam Singh Yadav is getting treatment in the ICU of Medanta Hospital in Gurugram where his condition is said to be critical, according to the hospital.

Mulayam Singh Yadav, 82, has been receiving treatment in Medanta Hospital since August 22.

The former Chief Minister of Uttar Pradesh was shifted to the ICU on Sunday when his condition deteriorated.

“Mulayam Singh ji is still critical and on life saving drugs, he is being treated in the ICU of Medanta hospital, Gurugram, by a comprehensive team of specialists,” read the hospital statement issued on Wednesday.

The statement was also tweeted by the Samajwadi Party.

"We all wish for his speedy recovery and long life," the Samajwadi Party added.

According to a Hindustan Times report, Prime Minister Narendra Modi had spoken to Akhilesh regarding his father’s health soon after the Yadav senior was shifted to the ICU. Modi also assured him of all possible help, the report added.

Mulayam Singh Yadav is one of the most prominent leaders of Uttar Pradesh. He has served as the minister of defence and has been elected 10 times as an MLA and 7 times as a Lok Sabha MP.