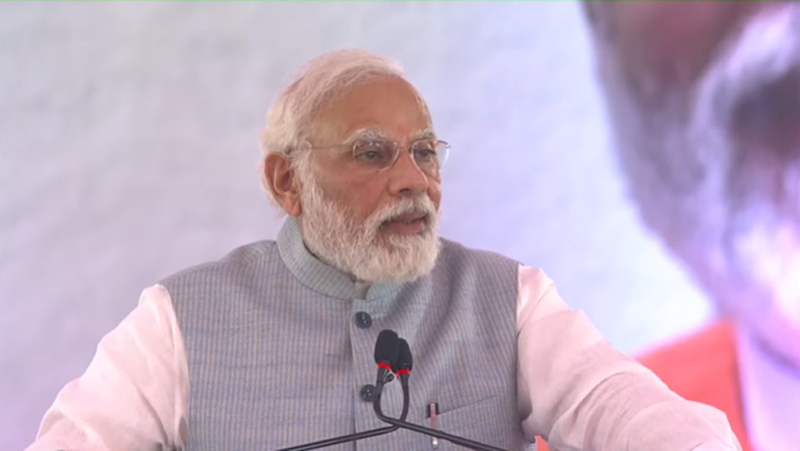 New Delhi: Prime Minister Narendra Modi on Tuesday condoled the loss of lives during NIM Uttarkashi mountaineering expedition due to an avalanche.

He remarked that rescue operations are underway and the situation is being closely monitored by the authorities.

"It is saddening that we have lost precious lives of those associated with a NIM Uttarkashi mountaineering expedition. Condolences to the bereaved families. Rescue operations are underway and the situation is being closely monitored by the authorities," the Prime Minister's Office tweeted.

"Deeply anguished by the loss of precious lives due to landslide which has struck the mountaineering expedition carried out by the Nehru Mountaineering Institute in Uttarkashi. My condolences to the bereaved families who have lost their loved ones," said Rajnath Singh in a tweet.

"Spoke to CM Uttarakhand, Shri Pushkar Dhami and took stock of the situation. Rescue operations are underway to help the mountaineers who are still trapped. I have instructed the IAF to mount the rescue and relief ops. Praying for everyone’s safety and well-being," he added in thread.

Twenty eight trainees and trainers got trapped due to avalanche during the Mountain Training Summit of Nehru Institute of Mountaineering (NIM) in Uttarkashi.

Out of these, eight have been evacuated safely.

Chief Minister Pushkar Singh Dhami informed that rapid relief and rescue operations are being carried out by the personnel of District Administration, NDRF, SDRF, Army and ITBP along with the team of NIM.

Efforts are on to get the trainees out safely at the earliest.