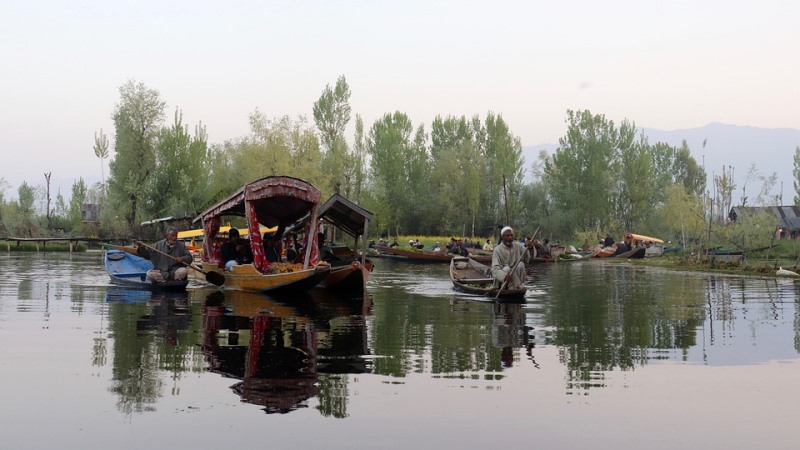 Srinagar: Authorities are trying to remove weed from Jammu and Kashmir's iconic Dal Lake and give a facelift to the waterbody, aiming to attract more tourists to the region.

For the first time in several years, the Jammu and Kashmir Lake Conservation and Management Authority (LCMA) has pressed into service over two dozen machines to remove the weeds, reports ANI.

“There are two types of weeds. One is being controlled due to the presence of some species and the other is being removed completely,” LCMA Vice-Chairman Bashir Ahmad Bhat told the news agency.

Bhat said the one being removed completely had covered an area of 6.5 sq km and this process is likely to be complete by November this year.

“In the past two years, we have been able to press over 32 machines for de-weeding while as nearly 500-600 men on a DBTL basis have been engaged and pressed into the service in the season to clean the water body,” he said, adding that besides outsourcing the machines, two high-end weed grabbers have also been procured by the LCMA for the process," he said.

“Besides working in the season, we managed to extract as much as weeds in the winter also last year,” he said and added that internal channels were focussed this year and nearly 8-9 machines have been pressed into the services for navigation and other related things to beautify the lake further," he said.