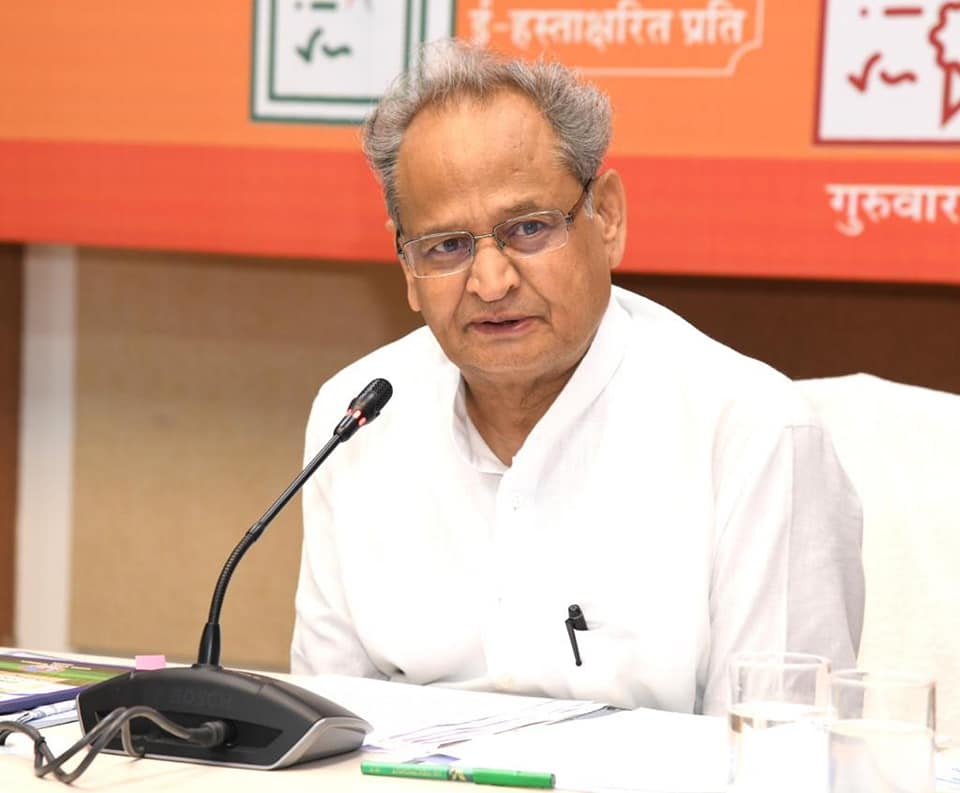 New Delhi: Rajasthan Chief Minister Ashok Gehlot's meeting with Sonia Gandhi was deferred by a day amid speculations about whether he will run for Congress president election

The meeting was initially scheduled for Wednesday evening but he kept delaying his travel plans as he consulted his closest aides.

Gehlot's close aides have strongly indicated that he may not give up his Rajasthan role anytime soon.

He reached Delhi late this evening and the meeting with the Congress president is scheduled for Thursday.

"We work under the Congress president. Decisions will be taken as per that in the time to come. The media should recognise the issues of the country. Authors and journalists are being called anti-nationals and jailed. We worry for them and Rahul Gandhi is on Yatra for them," Gehlot told reporters after reaching Delhi.

Meanwhile, media reports suggested that there is a new candidate for Congress President in Digvijaya Singh.

As of now, he is up against Shashi Tharoor, the first to declare that he will contest.

Gehlot, once the front runner, kept everyone guessing on his play just two days before nominations close.

"The Congress will work under Ashok Gehlot's leadership. We did not discuss his resignation. He is not resigning today, he will not resign in future," said Rajasthan minister Pratap Singh Kachariyawas.

Since Congress will not allow anyone to hold two posts, many saw this comment as a hint that Gehlot does not want to run for party president.

Rahul Gandhi last week made it clear that Gehlot cannot hold two posts, in line with the Congress's "one person, one post" policy.

On Sunday, over 90 MLAs loyal to Gehlot threatened mass resignation over reports that if he moved on to a national role, his replacement in Rajasthan would be his arch-rival Sachin Pilot.

In open defiance of the Gandhis, the MLAs laid out conditions that included choosing a new Chief Minister only after the Congress president election.

The rebellion deeply embarrassed the Congress in the middle of Rahul Gandhi's "Bharat Jodo Yatra". The Gandhis were reported to be furious and there was strong speculation that Gehlot is out of the race for party chief.