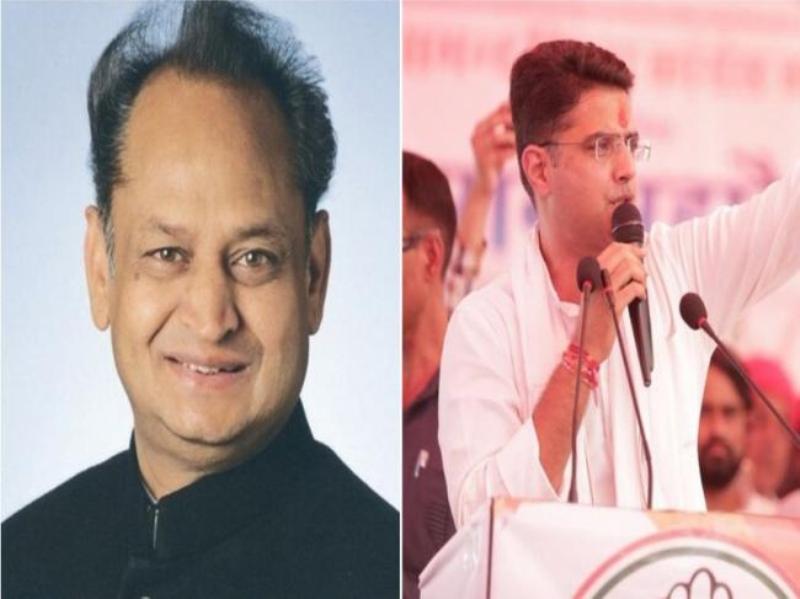 Jaipur/IBNS: Rajasthan Congress MLA Shanti Kumar Dhariwal Monday launched a fierce attack on central observer and state in-charge Ajay Maken, alleging that he is working to promote arch-rival Sachin Pilot and there was a deep "conspiracy" to remove Ashok Gehlot from the Chief Minister's post.

"I accuse the Secretary-General in charge of Rajasthan of being biased... He is canvassing for Pilot and wants to make him the Chief Minister... People got angry and called me," said the Ashok Gehlot loyalist.

Meanwhile, Congress top brass has not taken kindly to Ashok Gehlot's muscle flexing in Rajasthan as central observer Mallikarjun Kharge and Rajasthan in-charge Ajay Maken returned to Delhi after being stood up by the MLAs of his camp.

He said the rebellion was a "mistake", and it "should not have happened", but Kharge made it clear the MLAs couldn't have made such a strong move without his consent, reported NDTV.

The report said that Gehlot's move, which clearly undermined the top brass, could cost him his shot at the top Congress post.

Yesterday Gehlot-loyalists skipped the big Congress meet to pick up the next chief minister while asserting that any possible move to appoint, Gehlot's bitter rival Sachin Pilot wouldn't be tolerated.

The revolting MLAs held a meeting and passed a resolution that they would quit if Sachin Pilot was appointed chief minister of Rajasthan at MLA Shanti Dhariwal's residence.

They raised the issue of Sachin Pilot's rebellion in 2020 and asserted that the chief minister should be picked up from among those who supported the government at that time.

They insisted that the meeting to choose the next CM should be held after the next Congress president is elected.

To this, Ajay Maken said: "It would be a conflict of interest as the resolution would be passed when Ashok Gehlot may already be party chief. So, he empowers himself to decide on his own successor in Rajasthan."

The show of defiance hasn't gone down well with the Congress leadership and Maken has termed it "indiscipline".