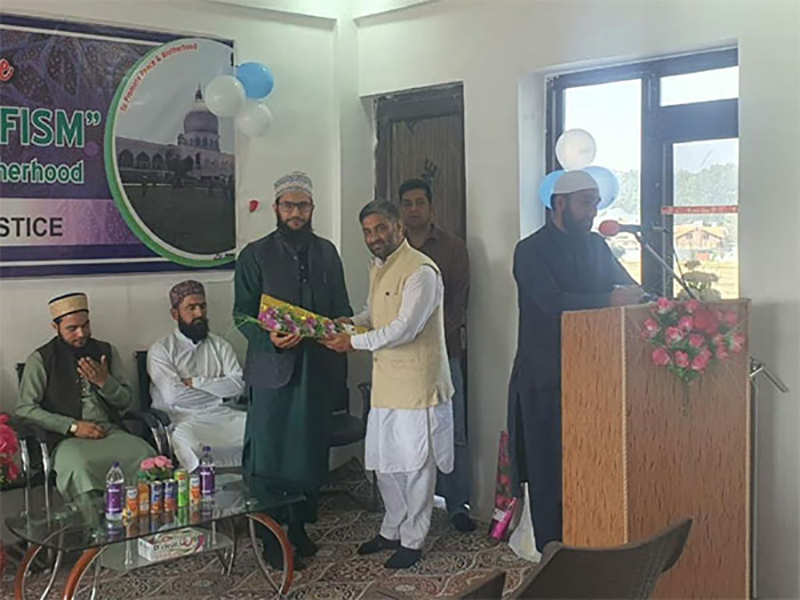 The main aim of organizing the event was to restore peace, communal harmony, brotherhood, and tolerance in the valley.

The event of the annual Urs (death anniversary) of famous Sufi saint Syed Qamar-ud-Din Bukhari, which was observed this year after remaining suspended for more than 33 years, was attended by people from different corners of the Jammu and Kashmir valley, reports ANI.

The annual Urs of Syed Qamar-ud-Din Bukhari has a historical background and had to be suspended because of the stiff opposition from the followers of radical Islam.

Despite the strait jacket concept of Islam advocated by the Jamaat-e-Islami and Ahle Hadis school of thought, the iconic Urs at the Sufi shrine in Ganderbal stands out to prove that Sufism has deeper roots in Kashmir.

“We had to restrict the Urs for the last 33 years because of turmoil. We had, however, performed nightlong prayers at the shrine during all those years,” the shrine visitors averred.

“This year, the grandeur and gaiety for which Syed Qamar-Ud-Din Bukhari’s Urs is known throughout the Valley are again returning to Ganderbal,” a member of the shrine’s management committee told ANI.