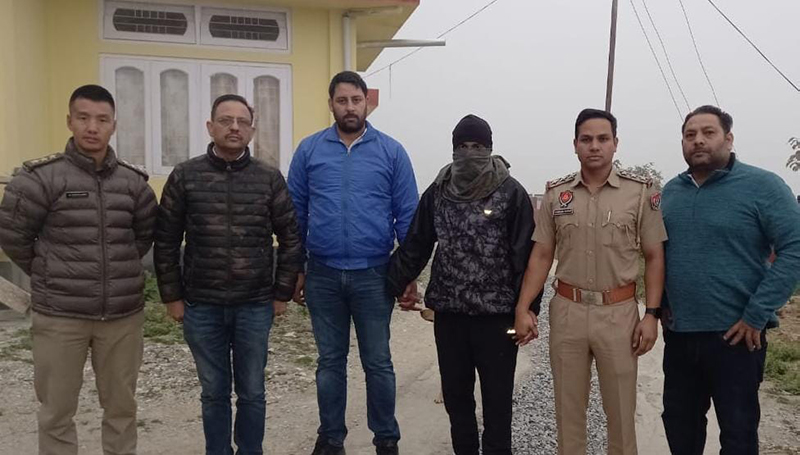 Chandigarh: The Punjab Police has arrested a soldier from Arunachal Pradesh for allegedly blackmailing the girl accused of making videos in the washroom of Chandigarh University hostel in Mohali, which triggered massive protests by the students.

The girl and two other men, who have been already arrested in the case, are natives of Himachal Pradesh.

Punjab police chief Gaurav Yadav said the soldier, Sanjeev Singh, was arrested by a police team from Mohali after tracking "forensic and digital evidence" derived from devices confiscated from the other arrested accused, said reports.

Initially, police had said that only one video was released, the accused's own video.

However, police have been probing if the accused girl was blackmailed into recording and sharing videos.

Police have arrested the soldier from Sela Pass in Arunachal Pradesh with the help of local police, media reports said.

He tweeted a photo of the arrested soldier with police and army authorities.

Crucial breakthrough in the #ChandigarhUniversity case with the assistance of the #Army, #Assam & #Arunachal Police.

"The SIT(headed by SP Rupinder Kaur Bhatti with DSPs Rupinder Kaur and Deepika Singh as members) has been conducting speedy investigations in the case. The guilty will not be spared," a note by the DGP office said.