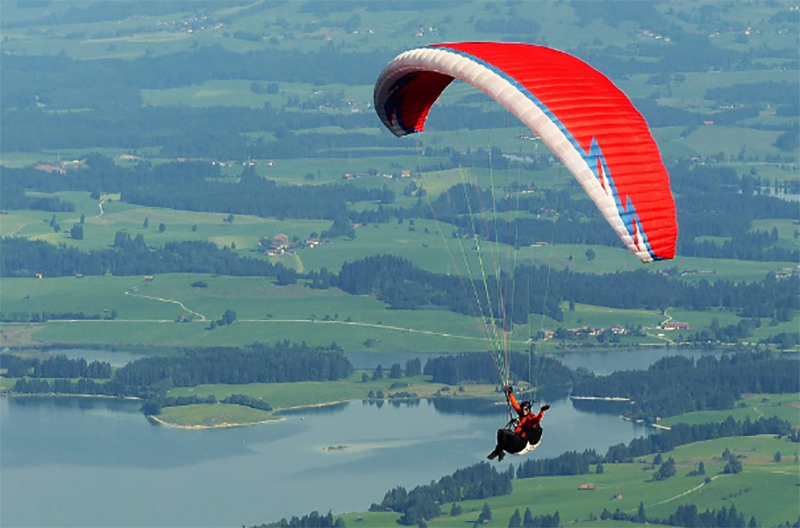 Paragliding in Poonch: Peace returning to border areas of Jammu and Kashmir

The borders of Jammu and Kashmir, which used to always look like fire owing to frequent shelling from Pakistan, are now witnessing prosperity with paragliding taking place in the region.

Paragliding experts are seen paragliding in the air in Ajot village of Gulpur near the Line of Control in the border district of Poonch, reports ANI.

The Indian Army is busy protecting the country along the Line of Control and is making every possible effort to take these areas on the path of development. A fresh example of this is the border district. In the Gulpur village of Poncho, where the Rajput Battalion, under the Poonch Brigade, organized paragliding on the 20th and 21st of this month for the purpose of promoting tourism, the Indian news agency reported.

Abdul Majeed Kisana, a local while speaking to the Milap News Network, as quoted by ANI, said, “At one time he was afraid to even go out of his house, he was always in danger. But now peace has returned to the borders after the efforts of the army. He said that now his children are happily going to school without any fear and he and his family are also farming in their fields without any fear.”

A local said he felt delighted seeing the development in the region.