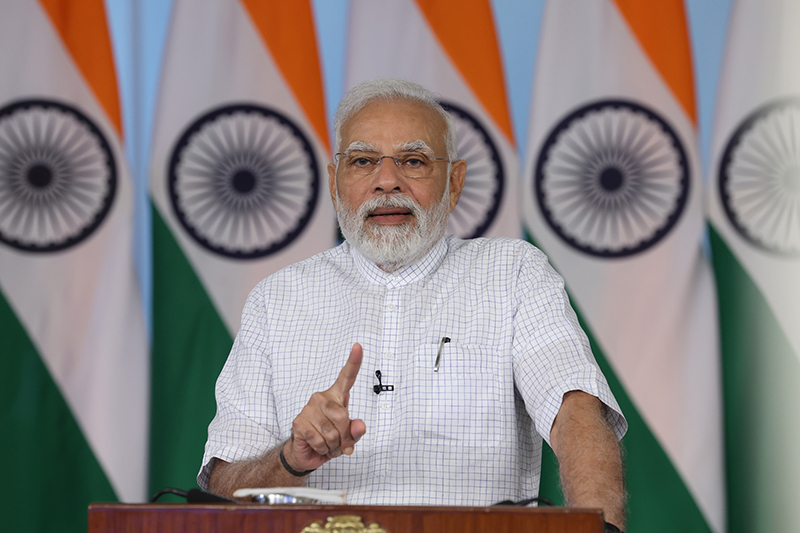 Shimla/Mandi: Prime Minister Narendra Modi on Saturday urged the youths in Himachal Pradesh to vote for the BJP, saying the Central and state governments are doing a lot to provide them employment.

Addressing an election rally virtually after bad weather derailed his visit to the state, Modi made clear attempts to woo the young, which is being actively sought out by both the Congress and the Aam Aadmi Party (AAP).

Modi said that under Mudra loans, about 14,000 crores of loans were provided to youths.

He said that youths were also getting benefits of increasing tourism potential which was hit during the Covid pandemic.

He said the Union Cabinet has accorded tribal status to Hatee community of Sirmaur district.

He said the Centre had provided liberal financial assistance to Himachal Pradesh. He said various products manufactured in the state were displayed by him during his foreign visits.

The Prime minister said that agro-based industrial units, food or cold storage chains and fruit processing units were being promoted by the BJP government as state has enormous potential to produce fruits and other food products.