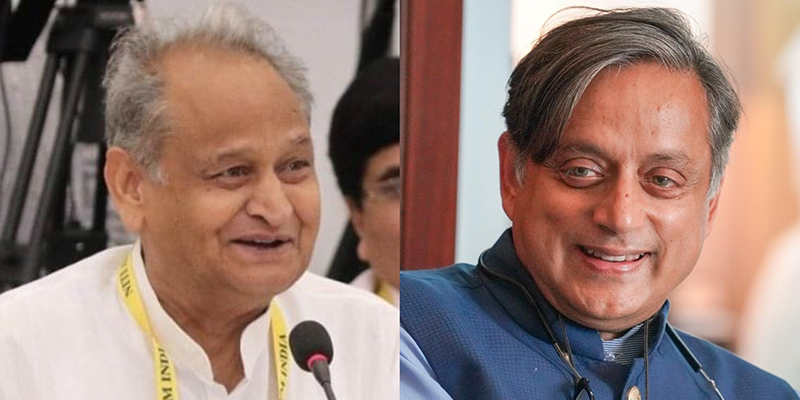 New Delhi/UNI: The notification for the election of the Congress president was issued Thursday, with a contest between two leaders likely after a gap of 22 years.

Tharoor had held a meeting with Congress' central election authority chairman Madhusudan Mistry and enquired about the electoral roll and procedure of filing nomination.

Gehlot told reporters he would file nominations if he is asked by the party.

Gehlot also said that he will continue as the Rajasthan Chief Minister, sending indications that the 'one person, one post' policy may be altered for him if he gets the top post.

Gehlot is being seen as the preferred choice of the Congress president, even as party leaders said she has made it clear that she will not take any side.

Various Congress office bearers have clarified that the elections are open to all Congress leaders to fight.