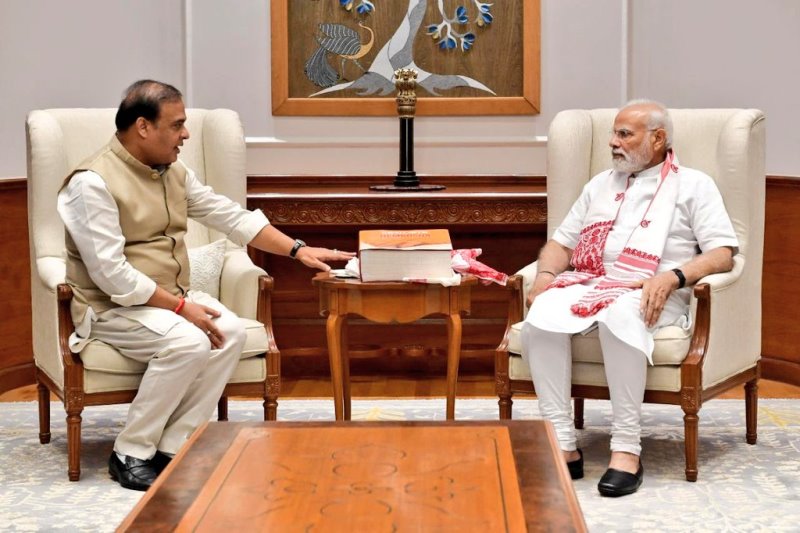 New Delhi/UNI: Assam Chief Minister Himanta Biswa Sarma on Wednesday called on Prime Minister Narendra Modi and apprised him of the slew of development initiatives in the Northeastern state.

Talking to reporters at the Assam house here after meeting the PM at his official residence here, Sarma said he had apprised the latter about the various developmental projects and schemes that were taken up in the state.

He also informed me about the status of the underwater tunnel between Kaliabor and Jamuguri.

The CM also once again extended an invitation to the PM to the concluding function of the 400th birth anniversary of Lachit Borphukan to be held in the national capital on Nov 24 next.

Earlier, the first Braille edition of 'Hemkosh', an Assamese dictionary, was gifted to the Prime Minister by the Chairman of ‘Sadin-Pratidin’ group of publications, Jayanta Baruah in which CM and Union Minister Sarbananda Sonowal were present.