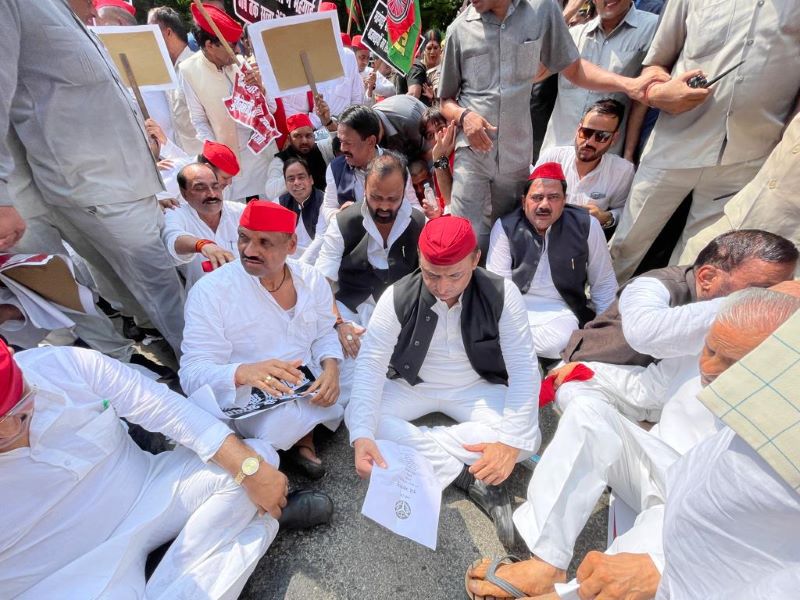 After the SP MLAs were stopped by police, the leaders sat behind the barricades, which were placed to thwart the march, and held a mock assembly in protest.

Akhilesh, who heads the SP, claimed his party's march was cut-short because the government was afraid of taking up questions.

The opposition leaders raised questions on law and order, unemployment and farmers' issues in the mock assembly which they held at around 11 am.

Police claimed the opposition party, that had once dominated the Uttar Pradesh politics, was advised to take a separate route which they refused to.

Uttar Pradesh Chief Minister and BJP's local posterboy, Yogi Adityanath, trained guns at Akhilesh's party stating nothing more can be expected from the SP leaders than defying the rules.

The SP, which was decimated in the assembly polls in 2017 by the BJP, performed better in this year's elections but not enough to stop the saffron party from returning to power.