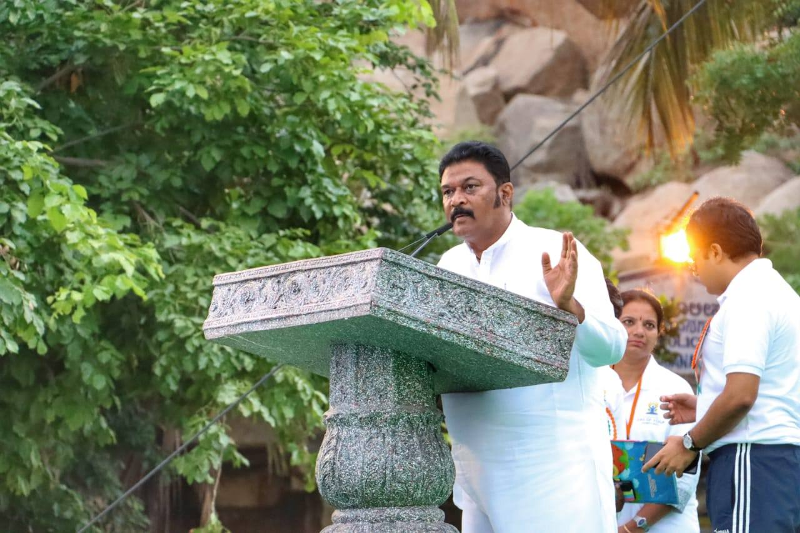 Hospet/UNI: AN FIR has been filed against Karnataka Tourism Minister Anand Singh for allegedly threatening a family, whose members later attempted to immolate themselves.

The FIR has also been lodged against three others.

In his complaint, D Polappa, a Dalit, alleged that the minister threatened to burn his entire family over a land dispute between him and members of other communities.

Before he could file a case against the accused, Polappa and five of his relatives tried to immolate themselves after reaching the Hospet Rural police station on Tuesday night.

However, they were rescued and rushed to hospital, the police said.

A case has been filed under the Indian Penal Code and the SC/ST Atrocities Act against the Minister and three others, officials said.

A case also has been registered against Polappa and five others for attempting suicide, the police said.