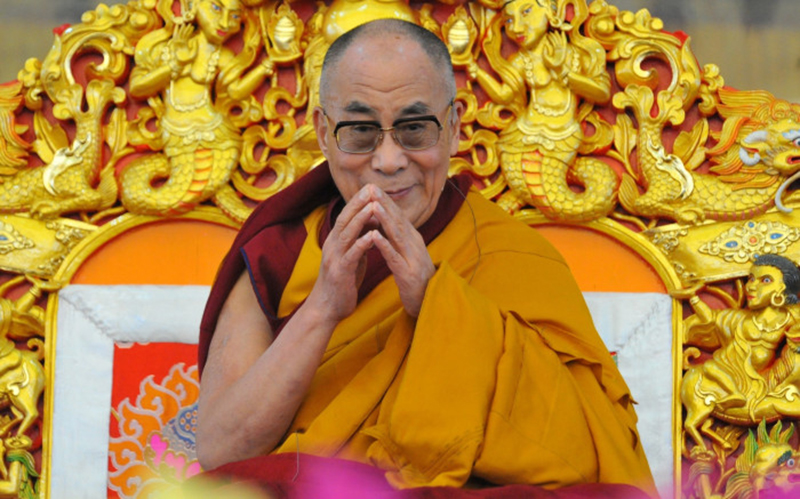 Dharamshala: Tibetan spiritual leader the Dalai Lama on Tuesday expressed confidence that one day will again come when people from Ladakh will be able to visit Lhasa.

The spiritual leader said  Tibetans are seeking genuine autonomy rather than complete independence.

“Times are changing, and that a time would come when Ladakhis would be able to visit Lhasa again,” Tibetan spiritual leader while addressing the audience as he inaugurated a new centre of learning at Thupstanling Gonpa, Diskit Tsal in Leh was quoted as saying by ANI.

While addressing the meeting, Dalai Lama said, “Before I retired from political responsibility, we adopted the middle way approach according to which we are seeking a mutually acceptable solution to the issue of Tibet.”

“This means that we are seeking genuine autonomy rather than complete independence, primarily concerned with preserving our identity, language and rich Buddhist cultural heritage in all Tibetan speaking areas,” he added.

According to reports, Dalai Lama might be visiting New Delhi soon.

"His holiness the 14th Dalai Lama is departing from Leh on the August 26, 2022 by air to Delhi after his month-long sojourn in Ladakh. The motorcycle of his holiness is expected to leave Photang Gapheling, Jevetsal at 7:30 AM for KBR airport, Leh,"  Ladakh Buddhist Association was quoted as saying in a statement by ANI.

The Dalai Lama has been living in India  ever since he fled Tibet in 1959 during the Tibetan uprising.

He even launched a campaign to reclaim Tibet from China.

India had granted asylum to the Dalai Lama in 1959.