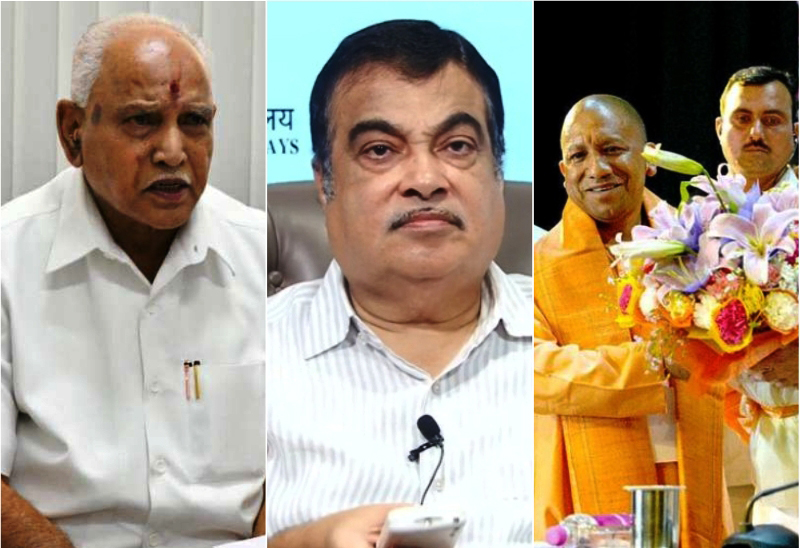 BS Yediyurappa in, Nitin Gadkari out, no Yogi Adityanath in BJP's new rejig

Uttar Pradesh Chief Minister Yogi Adityanath, who led the BJP to an unprecedented second term in the state, did not find a place in a glaring exclusion after the hype that he would be rewarded with a position among the party's decision-makers.

The BJP's revamped parliamentary board, with six new faces including the first Sikh representative, signals a political shift in the highest tiers of the BJP in the Narendra Modi-Amit Shah era.

The omission of former BJP chief and Union Minister Nitin Gadkari is the biggest shocker in this rejig.

Till now, the party had always kept its former presidents in the decision-making process.

Gadkari, considered close to the party's ideological mentor Rashtriya Swayamsevak Sangh (RSS), frequently got away with potshots aimed at his own government.