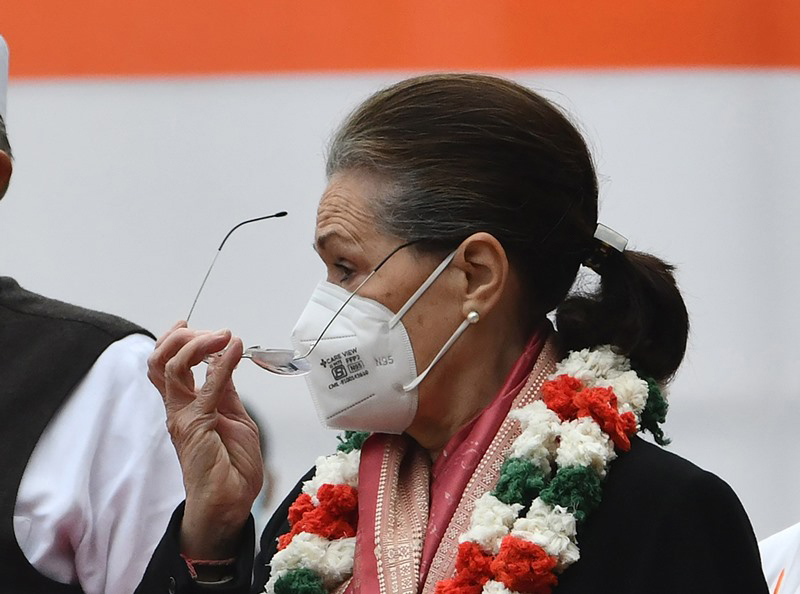 New Delhi/UNI: Congress president Sonia Gandhi Monday greeted people on the occasion of 76th Independence Day celebration and said the country has achieved much in the past 75 years due to which it has left an indelible mark on the international stage.

She also accused the BJP-led government at the Centre for "trivialising" the sacrifices of freedom fighters and said her party will fight any attempt to falsify history.

In a message to the nation, the 75-year-old Congress chief said, "In the last 75 years India has left an indelible mark on the international stage in areas like science, education, health and information technology through the hard work of its citizens."

She has further said with its visionary leadership, India established an independent, impartial and transparent election system, and strengthened democracy and constitutional institutions.

Along with this, India has made her proud identity as a leading country that has always lived up to the pluralistic test of language-religion-sect, the Congress chief added.

She also took a dig at the government and said, "We have achieved much in the last 75 years, but today's 'narcissistic' government is bent on 'trivialising' the great sacrifices of our freedom fighters and the glorious achievements of the country, which can never be accepted."

The Congress president said, "Indian National Congress will strongly oppose any misrepresentation on historical facts for political gains and every attempt to put great national leaders like Gandhi-Nehru-Patel-Azad ji in the dock on the ground of falsity."

"I once again wish all the countrymen a very happy Independence Day and wish India a bright democratic future,'' she said.

Former Congress president and MP Rahul Gandhi also took to Twitter and extended his warm wishes to the countrymen.

Sharing a message by his great grandfather and India's first Prime Minister Jawaharlal Nehru, Rahul tweeted: "To India, our much-loved motherland, the ancient, the eternal and the ever-new, we pay our reverent homage and we bind ourselves afresh to her service."

“To India, our much-loved motherland, the ancient, the eternal and the ever-new, we pay our reverent homage and we bind ourselves afresh to her service.”