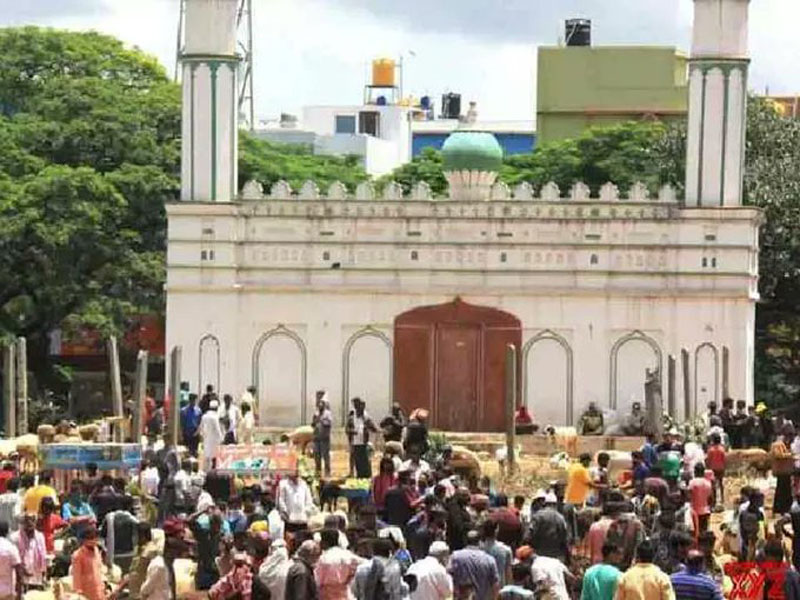 The tension surfaced after Revenue Minister R Ashoka declared that the disputed Idgah Maidan was owned by the revenue department, in variance to the claims made by Waqf Board.

The tension further intensified after Congress MLA Zameer Ahmed Khan visited the disputed maidan and told mediapersons that no Ganesha puja would be allowed, except for hoisting tricolor on Independence Day.

In reply, Vishwa Sanatan Parishad President S Bhaskaran stated that it was unbecoming of Khan to make such a statement being a mere legislator and not part of the government.

"If the Congress MLA gives such irresponsible statements, we will start conducting Ganesha puja every day at Idgah Maidan," he had told the media.

He also stated that the Waqf Board should demolish the Qibla wall (the wall in a mosque that faces Mecca) or it should be demolished by the government.

"If they don't, then he and few others would demolish it on December 6 on the anniversary of Babri Masjid demolition," Bhaskaran had stated.

Taking cognisance of the statement, the police on August 10 registered FIR against Bhaskaran. he has been booked under IPC Sections 153 A - promoting enmity between different groups on grounds of religion, race, place of birth, residence, language and others, doing acts prejudicial to maintain harmony and 295 A, which states deliberate and malicious acts intended to outrage religious feelings of any class by insulting it's religion or religious beliefs.

On Thursday, Ashoka held a meeting in which it was decided to hoist the tricolor at the disputed maidan and restrict raising of any religious slogan, except for "Bharat Mata ki Jai, Vande Mataram" and hailing freedom fighters.

An investigation is underway.