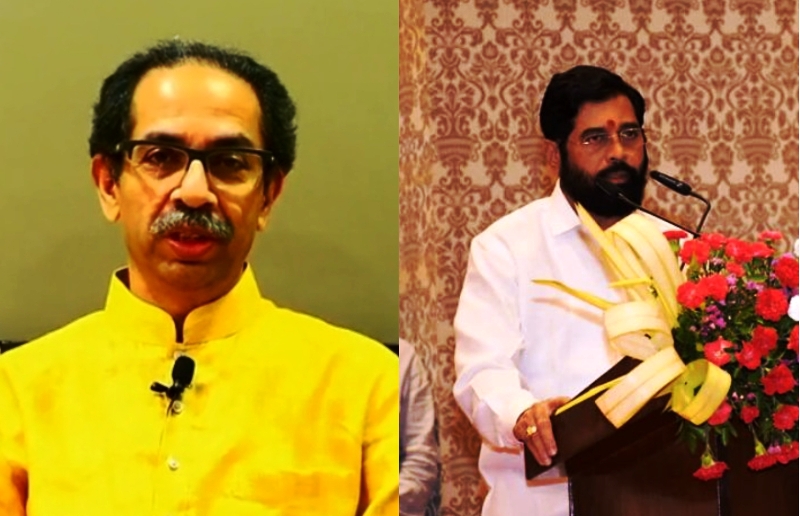 Mumbai/IBNS: A day after Eknath Shinde took oath as the chief minister of Maharashtra, Uddhav Thackeray on Friday removed the rebel as a leader of Shiv Sena.

In a letter issued by the party, Thackeray said that Shinde has been indulging in "anti-party activities" and has voluntarily given up his membership.

"In exercise of the powers vested in me as the Shivsena Paksha Pramukha, I remove you from the post of Shivsena Leader in the party organisation," the letter signed by Uddhav Thackeray said.

Meanwhile, Shinde has claimed that he is the leader of Shiv Sena and that the Thackeray camp is a minority.

However, he never called himself Paksha Pramukh (party chief) and therefore, Thackeray is technically still the party chief.

On Thursday evening, the rebel leader took oath as the chief minister in a new twist as BJP's Devendra Fadnavis was expected to take on the reigns again. He instead took oath as the Deputy CM at the request of BJP supremo JP Nadda.