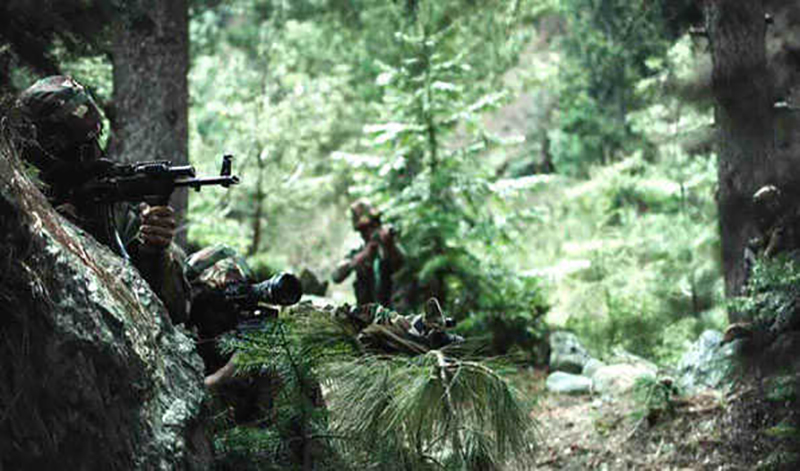 Jammu and Kashmir: Two terrorists killed during encounter in Kupwara

Srinagar: At least two terrorists were killed in an encounter with the security forces in Kupwara district, taking the death toll of militants to four, an official said on Monday morning.

Two suspected Pakistani terrorists of Lashkar-e-Taiba were killed during the operation on Sunday in the forests of Chandigam Lolab area of Kupwara.

Police said four terrorists, including Showkat Ahmad Sheikh, who was arrested and whose disclosure led to the operation was also killed in the gun battle.

The operation was launched on Sunday on the disclosure of an arrested Showkat, police had said.

During the search of a hideout, the hiding militants started firing which was retaliated effectively leading to an encounter, he said. In the initial exchange of fire, the arrested militant leading the search party also got trapped, the spokesman had said.

Since Sunday afternoon, seven militants have been killed in three gun battles.