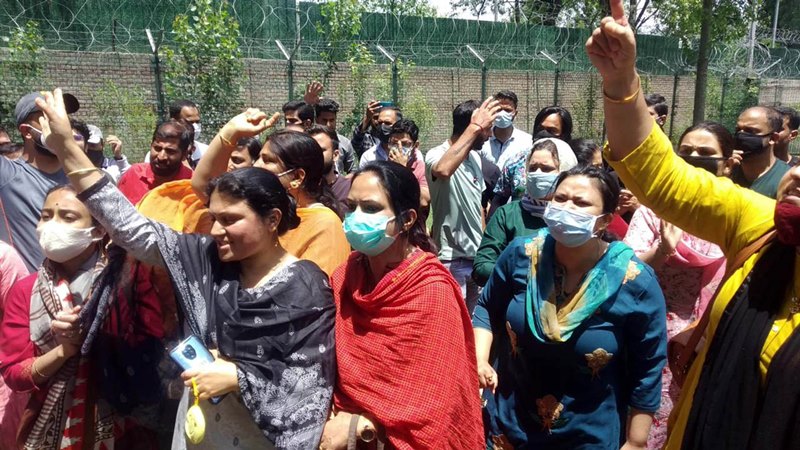 Jammu and Kashmir: School students, staff members pay tribute to Hindu teacher who was killed by terrorists in Kulgam

Students were seen standing bowing their heads to remember Rajni Bala who was a resident of Samba in the Jammu division, reports ANI.

Hindu teacher Rajini Bala was killed on May 31 in  Kulgam.

The incident had triggered fear among locals.