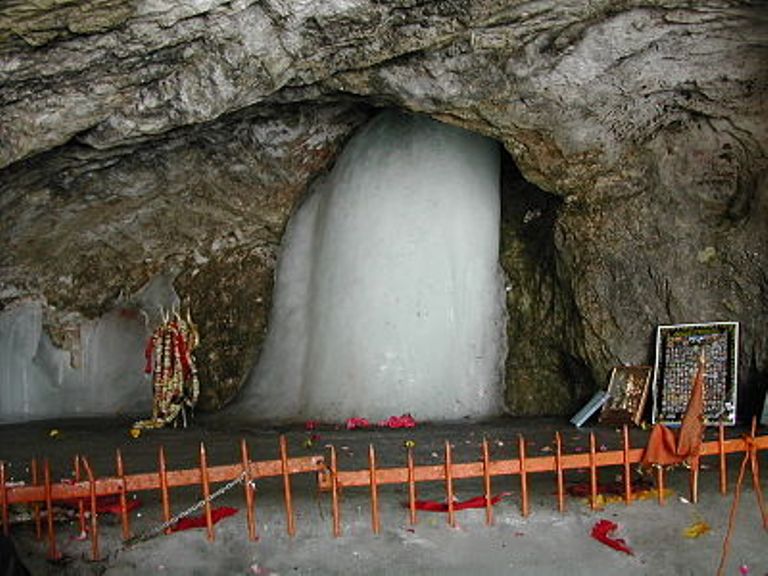 Srinagar/IBNS: Anticipating a heavy tourist rush on the Amarnath Yatra route this year, the Centre has planned to introduce a helicopter service for pilgrims directly from Srinagar to Panchtarni, about 6 kilometres from the shrine.

As of now, helicopter services are available for pilgrims from Baltal and Pahalgam to Panchtarni.

Pilgrims either walk or ride a mule or in a palanquin to the Amarnath shrine from this point.

Both Baltal and Pahalgam are about 90 kilometres from Srinagar.

This year, a new route is being added from Budgam (near the Srinagar airport) to Panchtarni.

The Shree Amarnath Shrine Board (SASB) has also been asked to check if it would be feasible to land the choppers at the foothill of the Amarnath cave.

As of now, only the choppers that ferry VVIPs land near the cave.

As per the Standard Operating Procedure (SOP) framed on the directions of the Supreme Court of India, only 15,000 registered Shri Amarnath Yatra pilgrims are allowed beyond Pahalgam and Baltal each day - including 7,500 each from Baltal and Pahalgam tracks.

This is excluding pilgrims who would travel by helicopter on either route to Panjtarni.