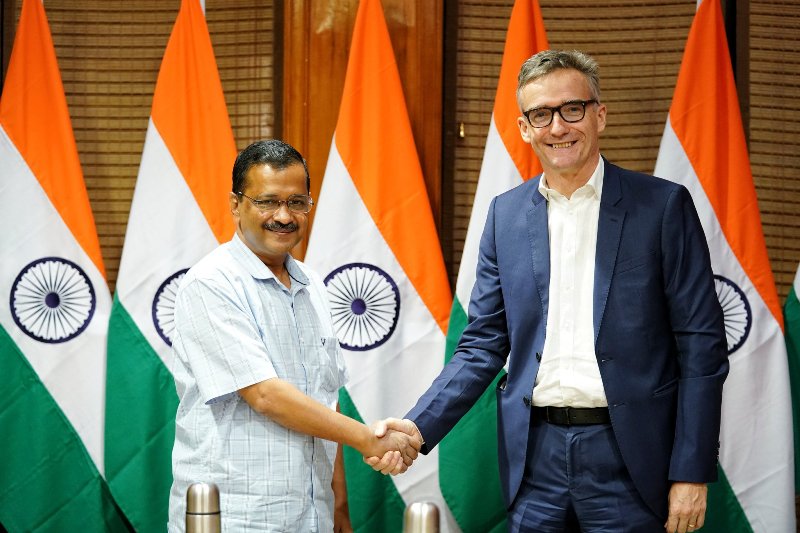 New Delhi/UNI: The British High Commissioner to India Alex Ellis called on Delhi Chief Minister Arvind Kejriwal at Delhi Secretariat on Wednesday where both the leaders discussed the possibility of collaboration in roadworks, education and healthcare.

"The leaders also expressed their desire to work together by sharing knowledge in the areas of road infrastructure, education, healthcare and sustainability. Both of them discussed the possibility of signing a knowledge-sharing agreement between the Delhi Government and Britain to work together on these areas," a statement issued from the Chief Minister's Office said.

According to the statement, Kejriwal expressed to the British High Commissioner that they can collaborate on green building, solar policy, waste management, road design, and electric buses.

Both Delhi & Britain will work together in the fields of education, health & infrastructure for the betterment of their citizens. pic.twitter.com/VlwKXXPhel

"This is something we are already working on. Electric vehicles are also being promoted rapidly in Delhi. We are working to reduce air pollution too. We are improving public transportation to reduce pollution. While promoting electric vehicles, we are also improving supporting infrastructure," the statement quoted Kejriwal as saying.