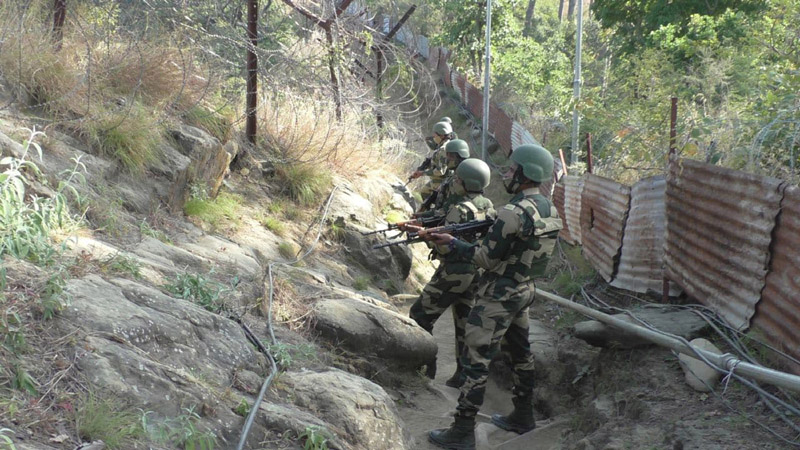 Srinagar: Security forces shot dead four militants of Lashkar-e-Taiba, including the two, who were allegedly involved in the murder of lady television artist, in two gunfights in Kashmir, police said on Friday.

The militants were killed in two separate gunfights at Awantipora and Srinagar .

On Wednesday evening, 35-year-old Amreen Bhat was shot dead by militants in Jammu and Kashmir's Budgam district. Her 10-year-old nephew was also injured in the attack.

The two militants were killed at Aganhanzipora Awantipora in a gunfight that erupted late Thursday.

"As the search party proceeded towards the suspected spot, the hidden terrorists fired indiscriminately, which was retaliated effectively leading to an encounter. In the gun battle, two terrorists were killed," a police official said, adding that a AK 56 rifle, four magazines and a pistol was recovered from the encounter site.

In a separate encounter, two militants of LeT were killed in Soura area of Srinagar.

Police said the two were killed during an anti militancy operation at Shah Faisal colony, Buchpora in Soura

“Arms and ammunition including AK-47, pistol, live rounds and grenades have been recovered from the encounter site,” police said, adding that the search operation is underway.

IGP Kumar said 10 militants including three from Jaish-e-Mohammad and seven from LeT were killed in three days in Kashmir valley.