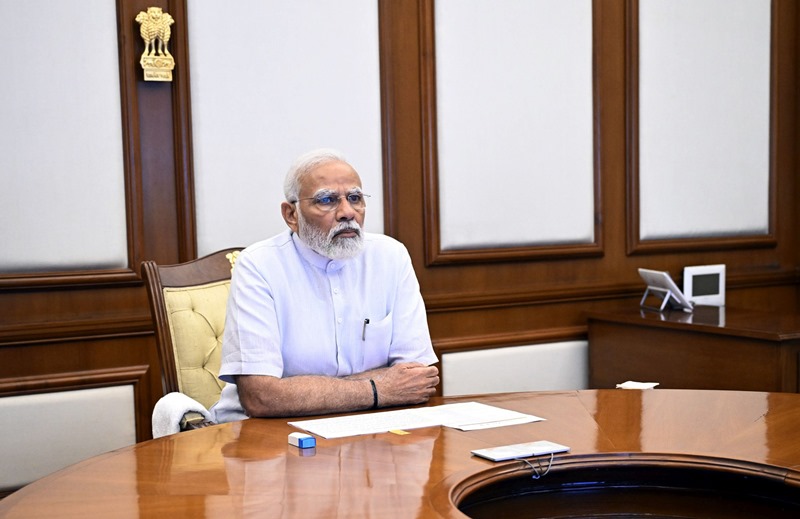 New Delhi/IBNS: Prime Minister Narendra Modi on Wednesday chaired the meeting of the 40th edition of PRAGATI, the ICT based multi-modal platform for Pro-Active Governance and Timely Implementation, involving centre and state governments.

In the meeting, nine agenda items were taken for review including eight projects and one Programme.

PM Modi said that the agencies working in the infrastructure sector, such as roads and railways, should map their projects with the water bodies being developed under Amrit Sarovar.

"This would be a win-win situation as the material dugout for the Amrit Sarovars can be utilised for civil works by the agencies," he said.

During the interaction, the Prime Minister also reviewed the ‘National Broadband Mission’ Programme.

States and Agencies were asked to leverage the centralised Gati Shakti Sanchar Portal to ensure timely disposal of Right of Way (RoW) applications. This would expedite the implementation of the Mission.

Parallelly, they should work to use technology for enhancing the ‘ease of living of the common man.

"This can go a long way in better planning, identifying and addressing key issues and ensuring better coordination for timely execution of projects," he said.

Up to the 39 editions of PRAGATI meetings, 311 projects having a total cost of 14.82 lakh crore have been reviewed.