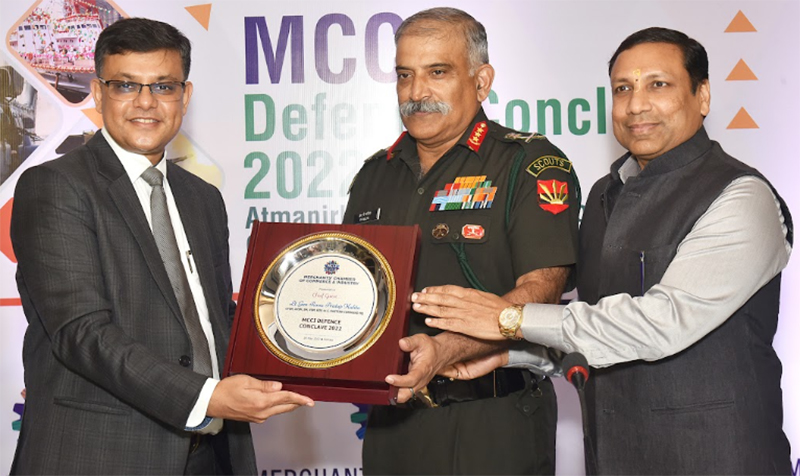 Kolkata: Only a strong military, powered by indigenous technologies, can enable India to maintain "strategic autonomy" amid various regional threats and global challenges, according to a senior Indian Army official.

"The Russia-Ukraine war has broken several myths about how countries will engage in conflicts. It was thought that the era of open conflicts was gone and that wars will be short. However, we have seen open conflicts can happen if a country chooses to engage in them and long-drawn battles are still a reality as the Russia-Ukraine war has already crossed three months," noted Lt. Gen Rana Pratap Kalita, GOC-in-C, Eastern Command, addressing MCCI Defence Conclave 2022.

"This war has in a big way reasserted that in case of aggression, a country has to fight alone. This is of special importance to us and reinforces the fact as to why we should achieve self-reliance, and that too at a very great pace," he underscored.

The Covid-19 pandemic, and the Chinese aggression at the LAC that came amid that turbulent period; further the hostile takeover of Afghanistan by the Taliban, and more recently the political instability in Pakistan and the current economic crisis in Sri Lanka have caused ripples in the regional peace and security, he pointed out.

India can also not overlook the threats arising in the Indian Ocean region as it is a major trade route for all Asian countries, stressed the senior army official.

As China flexes its muscles, constantly challenging United States' dominance in world matters, several regional alliances, as well as multipolar blocs, each securing its own interests, have emerged.

"These developments are proof that the nature of warfare has changed and continues to evolve. Technology upgrades together with structural reforms are necessary if we don't want to fight today's war with tomorrow's technology," he asserted.

The Indian Army is working with the indigenous players to develop fundamental, niche, and critical technologies, he said.

Niche pertains to all those technologies where the future of warfare lies. These include the spheres of nanotechnology, artificial intelligence, robotics, machine learning, etc.

Countries that have already developed critical technologies refuse to share them with other nations, Lt Gen Kalita said.

"Obtaining self-reliance in defence technologies is a critical enabler for us to deter war in the future and maintain our strategic independence," he maintained.

"Presently, also, Indian Army is on a major modernisation drive through procurement of new weapons and equipment essentially through domestic production and indigenisation," he said.

Army Design Bureau gathers information related to tech requirements of the field army for long-term research and development of indigenous equipment, identification, and induction of niche technologies, he explained.

Indian Army Directorate of Indigenisation identifies items and parts of weapon systems and platforms for manufacturing in the country and import substitution, he added.

"This is a brilliant opportunity for MSME and startups in India," he said.

As part of the indigenisation process, the Eastern Command examines technology/equipment proposals and procures them as per the procedures/ rules laid down by the government.

Further, a mini defence expo will be organised from July 6 to 9 in Kolkata, he said, and urged the domestic defence companies to take part in it.

Commending the domestic players he said, "Tremendous efforts have been put by the Indian defence industry guided by the government's vision and policy initiatives and supported by the ministry of defence."

"Amid an unstable regional security environment and to confront emerging threats, it will be wise to strengthen the paradigm of shared responsibilities for defence preparedness. We cannot deny that threats will rise as India grows in stature," he noted.