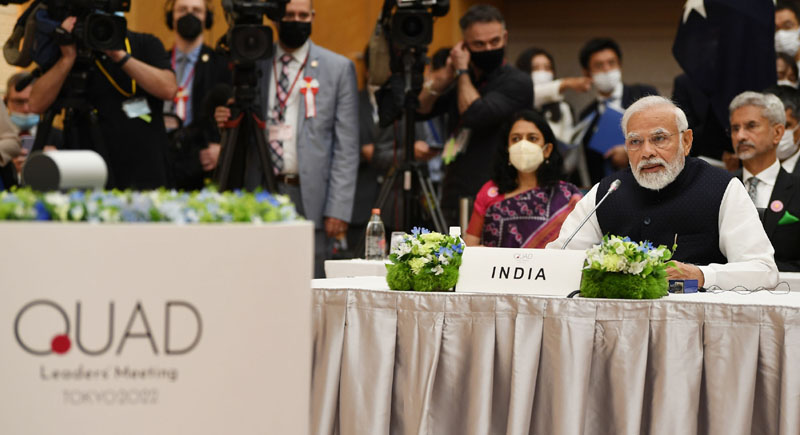 Tokyo/ New Delhi: Prime Minister Narendra Modi on Tuesday said that Quad is pursuing a constructive agenda for the Indo-Pacific region and it has made an important place on the world stage in a short span of time.

During his opening remarks in Quad Readers' Summit, the Prime Minister said that Quad's scope has become extensive and its form has become effective.

"It's a great pleasure for me to be among my friends in Tokyo today. In such a short time, Quad has made an important place on the world stage. Today its scope has become wider and its form has become effective," the PM said.

Our mutual trust, our determination, is giving new energy and enthusiasm to the democratic forces, he added.

"Our mutual cooperation at Quad is giving a boost to a free, open and inclusive Indo-Pacific region which is the common objective of all of us," the PM said. 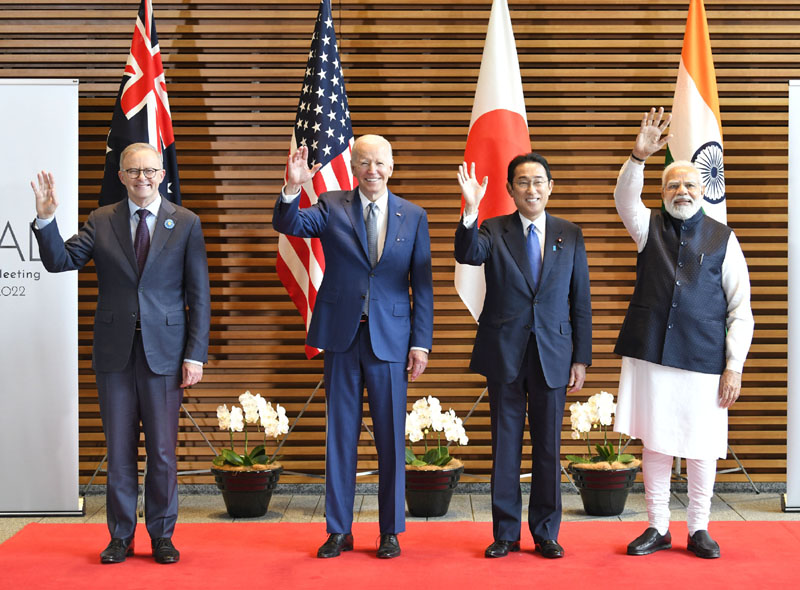 Modi said that despite the adverse circumstances of COVID-19, the Quad countries have increased coordination in many areas such as vaccine delivery, climate action, supply chain resilience, disaster response and economic cooperation.

United by shared democratic values. Committed to a free, open and inclusive Indo-Pacific.

The Quad Leaders’ Summit with PM @narendramodi, PM @AlboMP of Australia, PM @kishida230 of Japan and President @JoeBiden of USA @POTUS gets underway in Tokyo. pic.twitter.com/gaiWiwNTp7

The third Quad Leaders' Summit got underway in Japan's capital Tokyo with top leaders of India, US, Japan and Australia joining hands to reaffirm their commitment to a free and open Indo-Pacific.

The United State's President Joe Biden welcomed Prime Minister Narendra Modi at the Summit saying "it's wonderful to see you again in person."