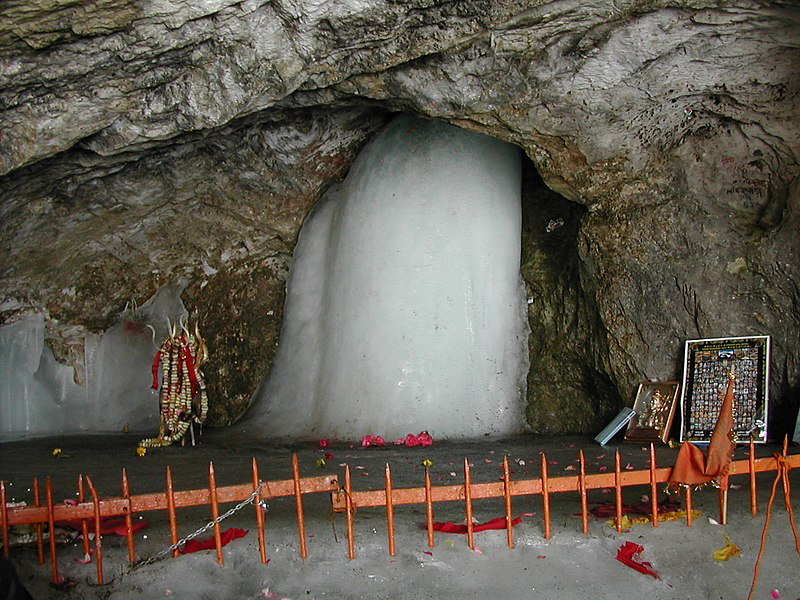 Srinagar: Ahead of the annual Amarnath Yatra, a shadowy militant outfit, which is considered as a front for the Pakistan-based Lashkar-e-Taiba (LeT), has purportedly issued a threat, claiming that the huge spike in the number of pilgrim registrations is "just to provoke the sensitivity of Kashmir situation".

In a purported statement, the so-called Resistance Front (TRF) has said it would “target” elements who might be arriving in Kashmir to perform the pilgrimage and “disrupt” the situation in Kashmir.

The 43-day Amarnath Yatra will commence on June 30 and will be conducted physically after a gap of two years owing to the Covid-19 pandemic.

The government is hopeful that this year's pilgrimage will be much bigger as 6 to 8 lakh pilgrims are expected to perform the annual yatra.

The TRF poster, whose authenticity could not be verified independently, alleged that the government was using Amarnath Yatra for its “dirty politics”.

“From mere 15,000 to 8 lakh pilgrim registrations and from 15 days to 80 days is just to provoke the sensitivity of the Kashmir situation. It has come to our knowledge that this fascist regime is pumping RSS Sanghis into the Valley in the name of Amarnath Yatra just to disrupt the situation during the Yatra," the purported statement said.

It claimed that the TRF was not against any religious matter "but when such religious institutions are used against Kashmir ‘struggle’, then it becomes our concern to take such matters in our hands".

The statement said that “if this Yatra is used for political and demographic gains”, then they “would do its best to hinder such schemes”.

The group said the pilgrims would be safe unless they "interfere in the Kashmir issue" or gave "shelter to Sanghi goons".

"We will openly target any stooge who becomes a pawn of fascist Sanghi regime and the blood of such stooges and pawns will spill like anything everywhere from Jammu to Kashmir," the poster said.
(With UNI iputs)