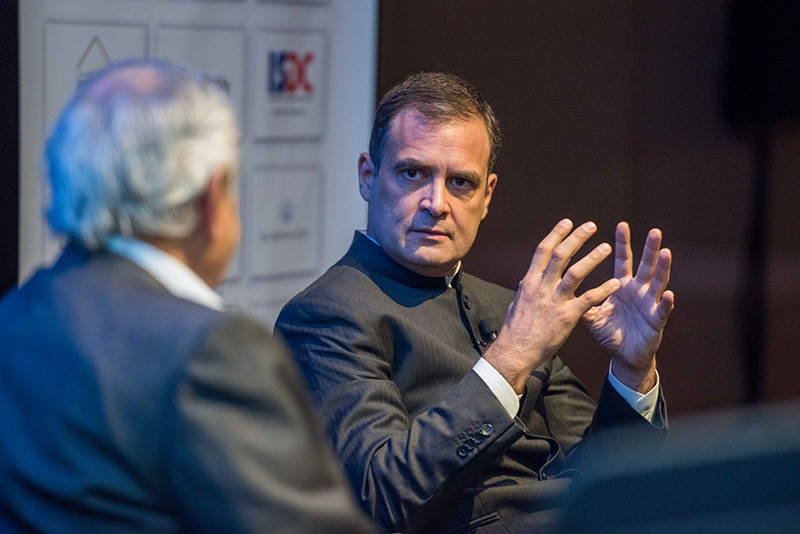 "We are fighting against polarisation. The ideological battle is between the national vision of the RSS and of the Congress. We are bringing people together," he said at an event in London.

Citing that Congress has the ideology at the national level, the Wayanad MP said, "The work of the Opposition is to give a new vision to the people of India."

Attacking the BJP and RSS, the former Congress president said, "BJP and RSS believe India is a ''sone ki chidiya', whose benefits should be distributed according to 'karma' (deed) of the people. We believe everyone should have equal access, but they believe it shouldn't be equal and certain people should get more benefits and others should get less."

The Congress MP further said, "We are not just fighting the BJP. This is no longer a political fight. It is a fight to regain India."

"BJP stifles voices, what we do is listen to voices. There are two different designs, one in which a cadre is designed to stifle voices, while the other listens to the people," he added.

The former Congress chief further said, "People tell us we should have a cadre like the BJP. I tell them the day we have a cadre like BJP, we will be BJP. We are a mass party that listens to the expression of the people of the country."

Attacking Prime Minister Narendra Modi, the MP said, "The Prime Minister must have an attitude that 'I want to listen'. But our PM doesn't listen." On employment opportunities, he said, "Without building a production system, India is not going to be able to give its people jobs. "