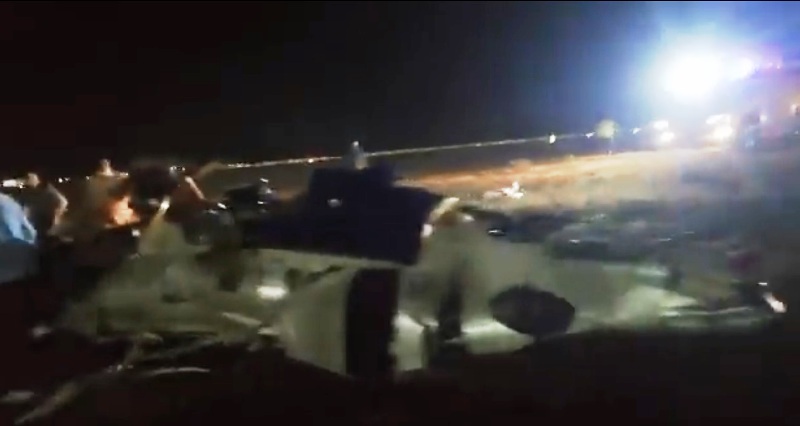 Raipur/IBNS: Two pilots were killed after a helicopter crashed at an airport in Chhattisgarh's Raipur on Thursday evening.

The deceased pilots have been identified as Captain Gopal Krishna Panda and Captain AP Shrivastava.

As the pilots were trying to land at the airport, the helicopter caught fire. Both the pilots on board died in the accident.

There were no passengers on board.

The incident took place during a flying practice at the Swami Vivekananda Airport in Raipur at around 9:10 pm, Senior Superintendent of Police (SSP) Prashant Agrawal told the media.

The cause of the crash was not immediately known.

A detailed technical investigation on behalf of Directorate General of Civil Aviation (DGCA) and the Chhattisgarh Government will be undertaken to ascertain the cause of the crash.

Chhattisgarh Chief Minister Bhupesh Baghel expressed grief over the tragedy and paid his tributes to the pilots.

"Just got sad news about the state helicopter crashing at the airport in Raipur. In this tragic accident, both our pilots Captain Panda and Captain Srivastava died. May God give strength to his family members and peace to the departed soul in this time of grief," Baghel said in a tweet.