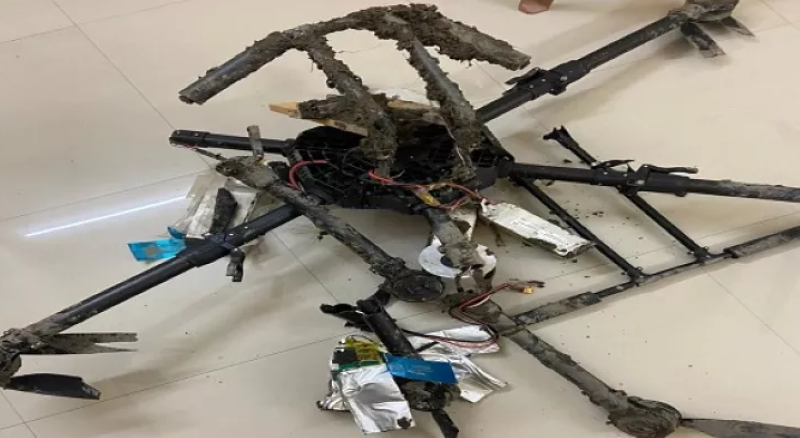 New Delhi/UNI: The Border Security Force (BSF) on Monday shot down a drone that entered Indian territory coming from the Pakistani side near Amritsar in Punjab.

Nine packets suspected to be heroin weighing 10.670 kgs were recovered upon search of the area by the troops, BSF said.

In the recent past, the BSF has shot down several drones carrying consignments of narcotics in bordering areas of Punjab.

On May 6, the BSF recovered one packet of contraband concealed with yellow tape ahead of Border Security Fence in the same sector.

On Apr 29 this year, the BSF shot down a Made in China black quadcopter entering from Pakistan into Indian territory in the area near village Dhanoe Kalan of Amritsar.

The BSF said that following intensive search of the depth area troops recovered a black coloured Quadcopter (Drone), Made in China, Model - DJI Matrice - 300 in the said village.

In the past couple of months, the agencies have witnessed a rise in cross border efforts of dropping consignments of weapons and narcotics into Punjab and Jammu and Kashmir along the border.

In Budget Session of Parliament, the government informed Rajya Sabha that it has noticed indications of an "emerging narco-terror nexus sponsored by inimical elements across the border aimed at causing instability along border areas."