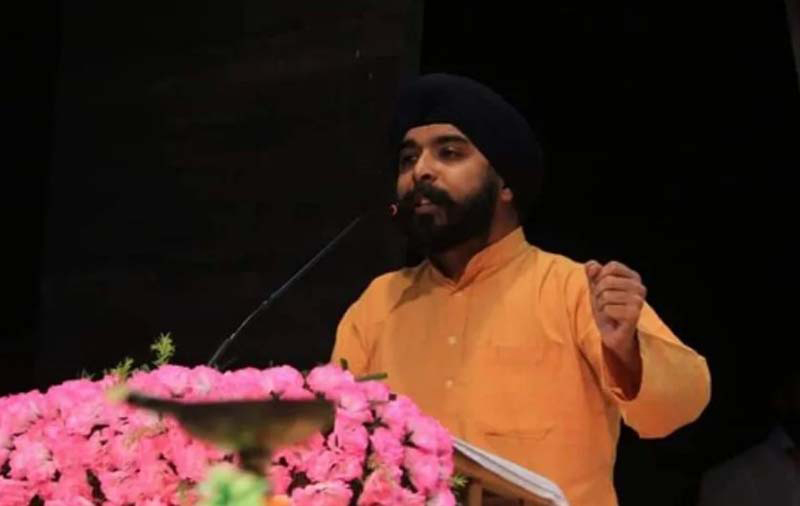 Chandigarh: Haryana Police have handed over BJP leader Tajinder Pal Singh Bagga, who was arrested by the Punjab Police from his residence on Friday morning, to Delhi Police.

Earlier, vehicles carrying the BJP leader from Delhi to Mohali, got hold up near Khanpur Kolian village in Kurukshetra district of Haryana and they were taken to Thanesar Sadar police station.

Kurukshetra Superintendent of Police informed that the vehicles have been stopped for some verification following the intimation from Delhi Police.

Haryana Police had registered a case of kidnapping.

Earlier in the morning, Punjab Police arrested Tajinder Pal Singh Bagga from his residence in the national capital.

More than 50 Punjab Police personnel reached the residence of the BJP leader to arrest him.

An FIR has been registered against Bagga and some other unidentified persons under sections 153-A, 505, 505(2) and 506 of the IPC at the cyber crime police station in Mohali after a complaint filed by AAP Punjab spokesperson Dr Sunny Singh Ahluwalia.

Meanwhile, BJP's Yuva Morcha has decided to hold protests in all districts of Punjab Friday against the 'illegal' arrest of Tajinder Pal Singh Bagga.