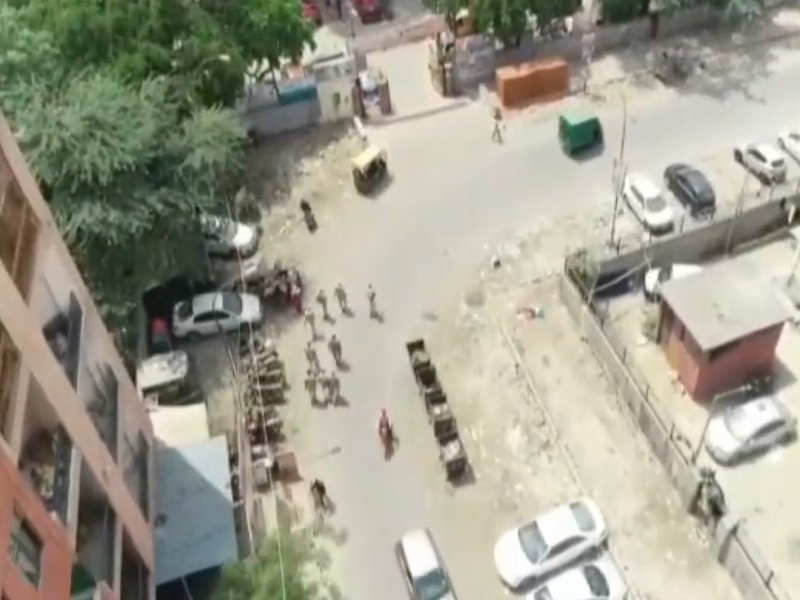 Ansar, a resident of Jahangirpuri, is presently in police custody.

The violent clash took place between two communities in North-West Delhi's Jahangirpuri area after stones were pelted at a Hanuman Jayanti procession on April 16.

The police said as the procession, with people holding up saffron flags, passed by the mosque, the loud volume of religious chants clashed with the azaan or Muslim call to prayers.

Ansar allegedly started arguing with those participating in the rally.

The altercation soon turned into a clash with both sides starting to throw stones at each other, the FIR had said.

According to the reports, the Delhi Crime Branch and local police are investigating call details and WhatsApp chats of Ansar to gather more information about his contacts during the violent incident.

Ansar may have called up several people to gather at the spot of violence, said reports.

The police will arrest and probe those who had turned up at the spot of violence on the call of the accused.