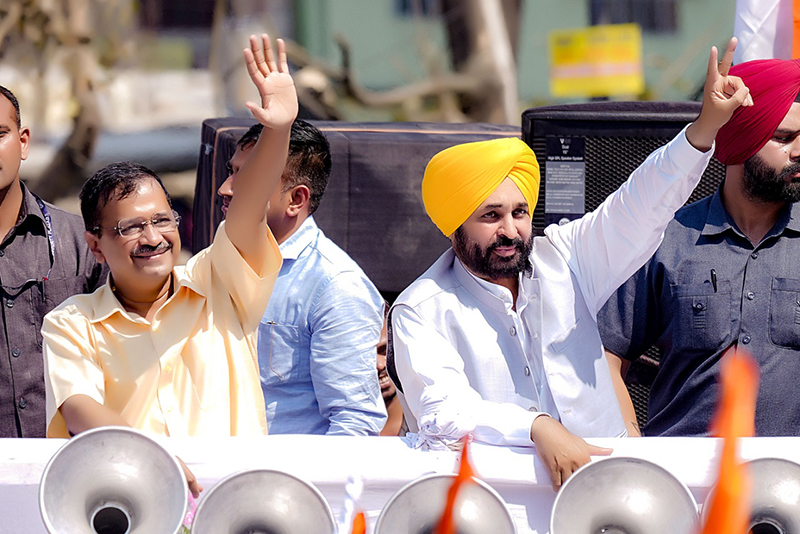 Chandigarh/UNI/IBNS: The Aam Aadmi Party (AAP) government in Punjab on Saturday announced 300 units of free power to every household in the state from Jul 1, on completion of one month of Bhagwant Mann-led government.

The Chief Minister on Tuesday hinted at a "good news" soon for the people of his state, following a meeting in Delhi with AAP national convener Arivind Kejriwal.

"Had a wonderful meeting with our leader and Delhi CM Arvind Kejriwal. Very soon, I will give good news to the people of Punjab," Mann had tweeted.

Providing free electricity of up to 300 units to every household was one of the major poll promises made by AAP in the run-up to the Assembly polls.

"There are many people in villages who got 'wrong' bills and their power connections were cut because of the non-payment and such people resorted to stealing power," Kejriwal said.

Congress is already raising questions on the real impact of the move.

"I welcome Bhagwant Mann for fulfilling his promise of 300 units electricity but why wait till 1st July?" Congress MLA Sukhpal Singh Khaira tweeted.

"Is there an issue of fiscal management? And please clarify if the bill is 301 units will the consumers be charged full bill? Lastly any move to do away with tubewell subsidy?" Khaira added.

On Mar 19, just over a week after winning Punjab, Mann, in the first cabinet decision, threw open 25,000 jobs in various state government departments, including 10,000 in the Police Department.

In Feb 20 Punjab Assembly polls, the AAP ousted the Congress government with a landslide majority.