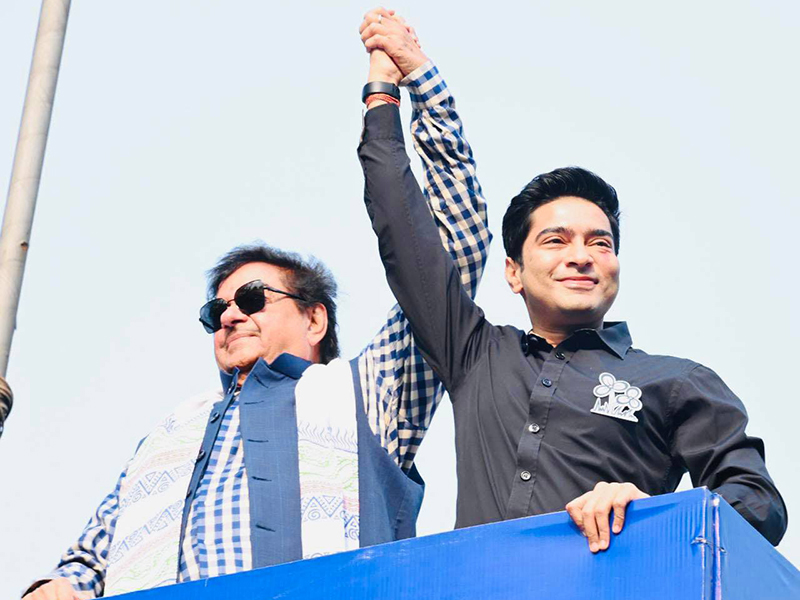 The TMC has taken a lead in both Ballygunge assembly constituency and Asansol Lok Sabha seat, where byelections were held on Apr 12.

TMC candidate Babul Supriyo, a turncoat, is ahead of his nearest rival CPI-M's Saira Shah Halim by 12,108 votes at the end of the 12th round of vote counting.

BJP's Keya Ghosh is lagging behind in the fourth position.

The seat was left vacant after the demise of TMC veteran and West Bengal Minister Subrata Mukherjee.

In Asansol, TMC candidate and veteran actor Shatrughan Sinha is leading by around 1.33 votes as per the latest update.

Sinha is ahead of his nearest candidate from the Bharatiya Janata Party (BJP), Agnimitra Paul.

The Asansol Lok Sabha constituency fell vacant after the resignation of Union Minister Babul Supriyo who jumped from the BJP to TMC last year.

While RJD candidate Amar Kumar Paswan is leading in the Bochahan assembly seat in Bihar's Muzaffarpur district, the Congress is ahead in Chhattisgarh's Khairagarh and Maharashtra's Kohlapur North assembly constituencies.