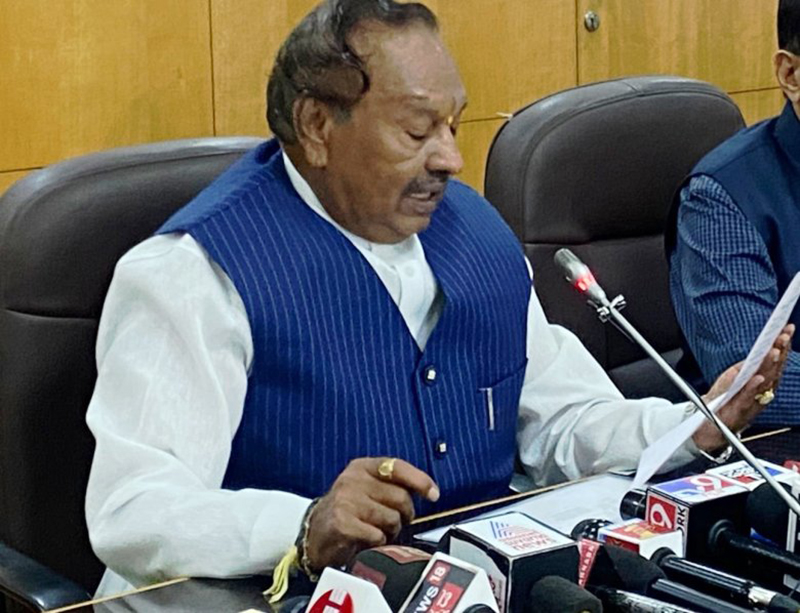 Bengaluru/IBNS: Karnataka Minister KS Eshwarappa, who found himself in the middle of a huge controversy following allegations of corruption and an alleged role in the suicide of a contractor, announced he will step down from his post on Friday evening.

"Tomorrow I'm handing over the resignation letter to the Chief Minister. I thank you all for co-operation," he told reporters.

Eshwarappa's decision came hours after Chief Minister Basavaraj Bommai assured of him continuing as part of his cabinet.

The decision will depend on the outcome of the preliminary inquiry, Bommai told NDTV in an exclusive interview.

Earlier, Eshwarappa had also refused to resign stating: "There is no question of me resigning. I will not succumb to the opposition's demand for my resignation."

NDTV report quoting sources, however, said the BJP high command had given clear cut directions to the state that Eshwarappa must step down to save the party's anti-corruption image.

Giving reason for it, Eshwarappa earlier said, "There is a conspiracy to malign my name. A death note allegedly has been found, it is said. But there is no signature on it and it was not found with the body."

"Can a Whatsapp message be treated as a death note. It can be typed by anybody," he had said referring to the purported message by Patil.

Eshwarappa said he did not know who Patil was. It is learnt that Patil was the national Secretary of the Hindu Yuva Vahini.

He was found dead in a lodge in Udupi on Tuesday with police suspecting it to be a case of suicide.

In a purported message on social media, Patil allegedly held the Minister responsible for his death.