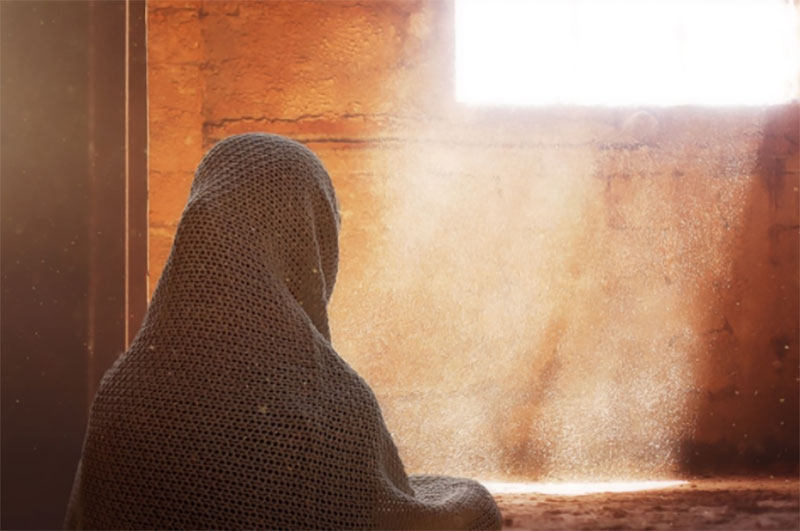 Bengaluru: After Muslim traders closed shops in protest against Karnataka High Court verdict upholding Basavaraj Bommai government's ban on hijab during teaching hours, many temple authorities and fair committees in a tit-for-tat have barred them from putting up stalls and selling products at several Hindu functions underway in the state.

In Kaup, a town in Udupi district where the hijab controversy originated, the Hosa Marigudi temple did not allow Muslim traders to install their stalls and also denied them participation at the auction for the Suggi Mari Pooje.

"This decision has been taken in retaliation to the statewide protests that were held by Muslim organisations on March 17 against Karnataka High Court's verdict on hijab.

"The decision also was taken in protest against Muslims of Gangolli taluka who had boycotted fish purchase from Hindu fisherwomen," Hindu Jagarana Vedike (HJV) President Prakash Kukkehalli told reporters in Mangaluru on Wednesday.

A massive protest was held on October 1 by Hindu Jagarana Vedike against cattle theft and slaughter at Gangolli.

Thousands including fisherwomen, fish vendors and other women had taken part in the protest march.

The HJV also warned Hindu traders participating in the auction not to sub-contract their shops to any Muslim traders to avoid law and order situation, Kukkehalli said.

Earlier, the HJV had written a letter to the chief officer of Kaup Town Municipality requesting him to not allow Muslims to install their stalls during the annual fair.

It also approached the temple management committee, asking them not to allow non-Hindus to bid in the auction, Kukkehalli said.

The temple goers were also outraged because Muslims had closed their shops to support the Karnataka bandh on March 17.

"We alerted the temple authorities and fair committee members of the law and order situation if they allowed Muslims to participate in the auction," he said.

A similar decision has been taken by the organising committee of the historic Kote Marikamba Jatre in Shivamogga to allow only Hindu shopkeepers during the five-day festival, which began Tuesday.

Following the appeal made by Hindu activist groups, the committee cancelled the existing tender and allotted the shops on the recommendations made by Hindu organisations.

The Jatre, which is held every two years, attracts lakhs of Hindus from neighbouring cities and districts. Even the Muslims and Christians take a vow before the deity to fulfill their wishes.

"We had never taken a stand against any particular religion all these years, but in the interest of smooth conduct of the festival, a decision was taken to not allow non-Hindu shopkeepers," Marikamba Jatre Committee President SK Mariyappa said.

Some Hindu leaders also cited Hindu activist Harsha's murder by radical Islamists as the reason to allow only Hindus to setup shops during the religious event.

Former Karnataka Chief Minister Siddaramaiah tweeted that it is a worrying development and the sheer silence of the authorities is condemnable.