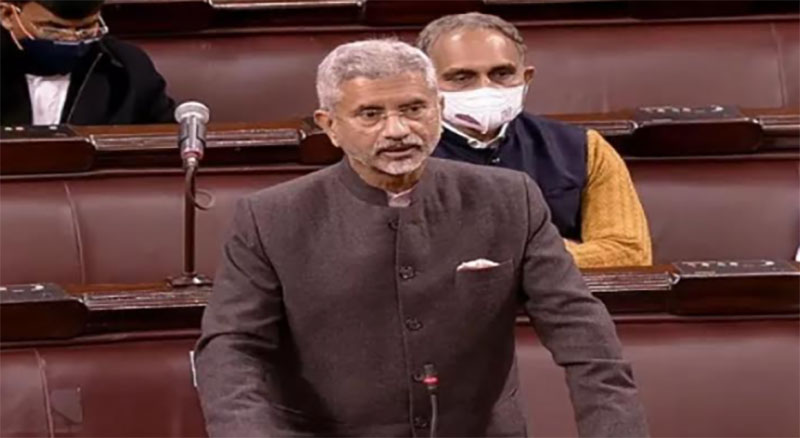 New Delhi/UNI: External Affairs Minister S. Jaishankar responding to a question in Rajya Sabha on Thursday on loss of wages of Indians working abroad,especially in the Gulf nations, said the data of pending salaries was not yet available, however, the matter has been taken up on priority with the Gulf countries.

Jaishankar said, "We don't have an exact number of workers whose salaries are pending. But I wish to assure the members that today retaining employment, ensuring that the wages are paid, ensuring welfare of workers, has been very much a priority of our missions in the Gulf.

"From the highest level we have been engaged on the matter and we have been regularly talking to the governments of the Gulf, at my level and at the ambassadors' level."

"The Indian community welfare fund during the Covid period spent Rs 45.78 crore for the welfare of our citizens, mostly workers in the Gulf during the pandemic period.

"We have engaged the governments of the Gulf. This engagement is led by the Prime Minister himself in the course of the last two years," he added.

"PM Narendra Modi has had 16 telephonic conversations with his counterparts in the Gulf countries.

"I have visited the gulf countries 13 times during this period. My colleague V. Muralidharan has been there four times," Jaishankar said.

"I have also had 27 telephonic meetings with our colleagues. Our objective is to get as many workers back there as possible. We have started an upskilling centre in Dubai. All the missions treat the workers as their number one priority," the Union Minister said.