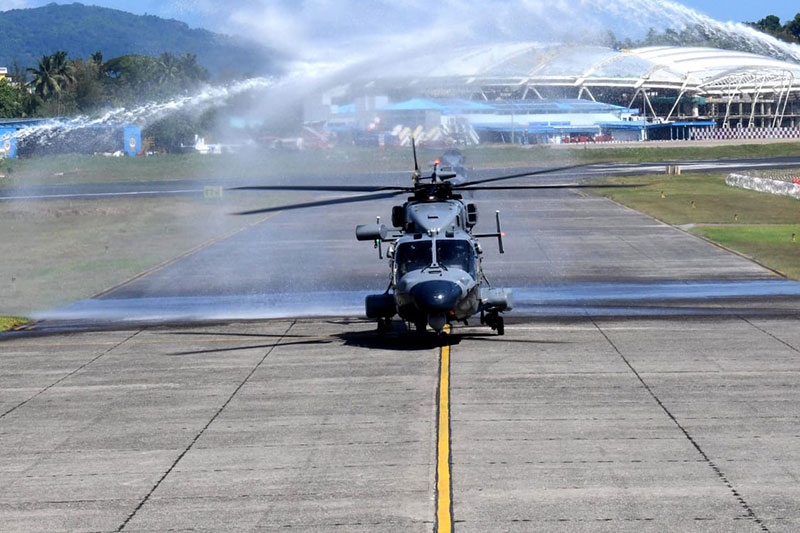 As the rotor blades of the versatile helicopter cut through the air, aircraft were ceremonially welcomed into ANC with a traditional water cannon salute.

The induction marks a continuing increase in the capabilities of the A&N Command in the past two decades of its raising as India’s only joint theatre command.

The ALH MK III aircraft is manufactured by Hindustan Aeronautics Limited and represents a tremendous leap towards self-reliance in the field of military aircraft, in line with the government’s push towards ‘Aatmanirbhar Bharat’.

Till date, over 300 of these aircraft have been delivered by HAL and are being flown by the Armed Forces.

Amongst its variants, the MK III variant is a maritime role variant encompassing state-of-the-art sensors and weapons that add punch to India’s prowess at sea.

The state-of-the-art aircraft has multirole capabilities including maritime surveillance, support for Special Forces, medical evacuations besides search and rescue roles.

Speaking on the occasion, Lt General Ajai Singh termed the induction as a boost to the security of Andaman & Nicobar.

He added that the induction is a symbol of the country’s resolve of being self-reliant in its security and maintaining peace in this region.