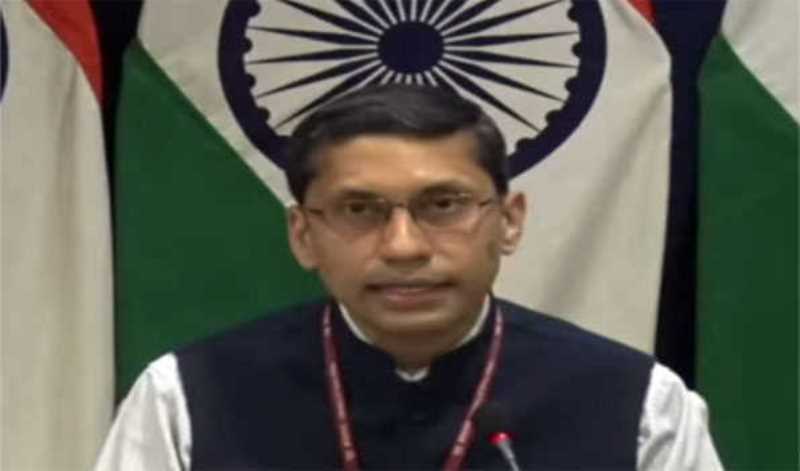 India calls for peaceful resolution of situation in Ukraine

New Delhi/UNI: India on Friday called for a peaceful resolution of the situation in Ukraine "through sustained diplomatic efforts for long-term peace and stability in the region and beyond", in its first comments on the escalating situation.

Ministry of External Affairs spokesperson Arindam Bagchi, in a media briefing, said that India has been closely following the developments relating to Ukraine, including the ongoing high-level discussions between Russia and the US.

“Our embassy in Kiev is also monitoring local developments," he said.

“We call for a peaceful resolution of the situation through sustained diplomatic efforts for long term peace and stability in the region and beyond,” he said, in India's first reaction to the tense situation in Ukraine following the massing of thousands of Russian soldiers along the Ukrainian border.

India's statement comes as US President Joe Biden has pledged support for Ukraine in its confrontation with Russia during a phone call with his counterpart in Kyiv, Volodymyr Zelensky, the White House said.

Biden has been leading attempts to build a united Western front against Russian military pressure on Ukraine, which has angered Russia by seeking to integrate with the West. More than 100,000 Russian troops are massed on Ukraine's borders.