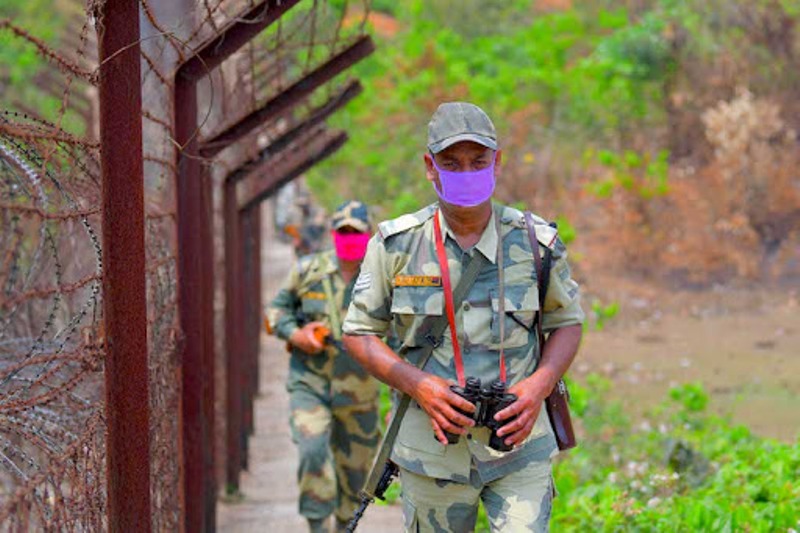 Guwahati/IBNS: The Border Security Force (BSF) Frontier of Mizoram and Cachar seized over 6 lakh Yaba tablets, 340 cattle heads and a large number of contraband drugs worth over Rs 47 crore in 2021.

He further said that most of the seizures have been made in the hinterland by the BSF independently as well as in coordination with sister agencies i.e. Police, DRI, NCB, Narcotics and Excise Department and other sister agencies.

“In the light of the recent Gazette Notification issued by the Ministry of Home Affairs on Oct 11, 2021 regarding extension of BSF’s jurisdiction, the BSF personnel can now exercise the powers conferred upon them upto 50 km of area in Assam from IB in place of earlier 15 km. To secure the border and to instil a sense of security among the border population and to contain cross border crimes, presently, operations alert exercise also in progress,” the BSF IG said.

He further said that amidst the lockdown to prevent the spread of COVID-19, the BSF Mizoram & Cachar Frontier joined hands with all stakeholders particularly local administration to run various awareness programmes to educate the border population besides providing them essential commodities including food, ration, potable water, hand sanitisers, masks etc.

“It has always been the endeavour of Mizoram and Cachar Frontier BSF to reach out to the needy border population with the help of its border deployed Battalions amid challenging circumstances of lockdown due to COVID-19.  In the series of programmes,  1 Bn BSF, 7 Bn BSF and 134 Bn BSF of Sector Silchar distributed food and ration to the needy people of the border area which included Food packets, Rice, Potatoes, Edible oil, Pulses, Wheat flour, Onion, Salt etc. and ready to eat food in Nathanpur, Mahadevpur, Harinagar, Leverputta and Bhanga BOPs area. Also, such programmes were conducted in Mizoram, Manipur as well as in Nagaland and extended all help to needy people during the pandemic situation,” Sonowal said.

He also said that BSF is maintaining a good relationship with BGB and the level of trust and friendship has enhanced.

“Coy Comdr level and Commandant Level Flag meetings are held regularly. Besides this , Sector Commander Level  Conferences and Inspector General (BSF) and Region Commanders (BGB) Level Conferences are also held between the two Border Guarding Forces at regular intervals to resolve the border issues of both sides. Both the Forces are also carrying out Simultaneous Coordinated Patrollings and Joint Patrollings to check and deter the trans border crimes/ criminals along the Indo-Bangladesh Border,” the IG of BSF said.