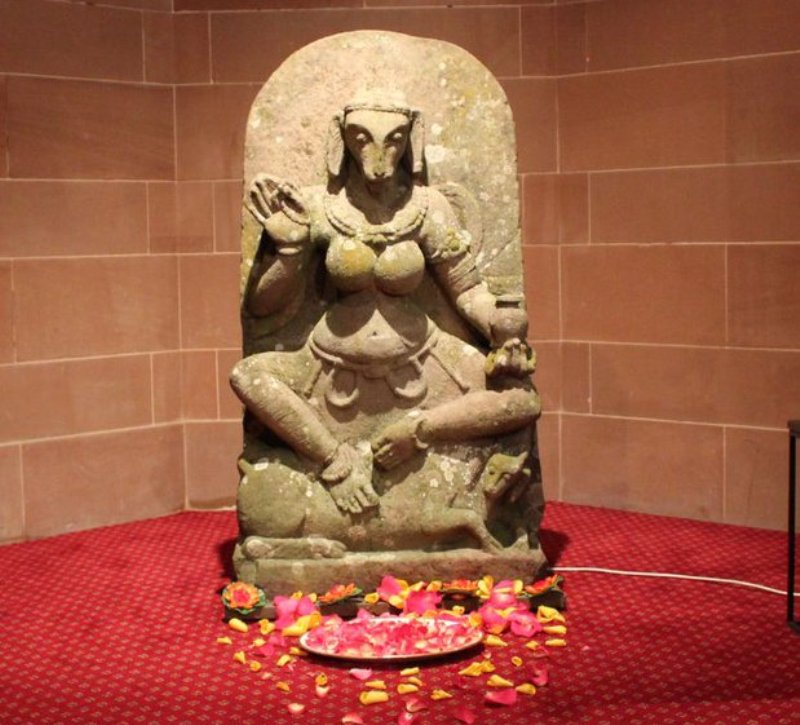 On Makar Sakranti, India gets back 10th century idol found in England

London/IBNS: An ancient Indian idol dating back to the 10th century, which was illegally removed from a temple in Uttar Pradesh's Lokhari village over 40 years ago and discovered in a garden in England, was restored to India on the occasion of Makar Sankranti, the Indian High Commission in UK said in a statement on Friday.

"The sculpture is a goat-headed Yogini that originally belonged to a group of stone deities carved in sandstone and installed in Lokhari temple," the Commission said in a statement.

"These had been the subject of a study by Indian scholar Vidya Dahejia on behalf of National Museum in New Delhi in 1986 which was later published under the title, 'Yogini Cult and Temples: A Tantric Tradition'," the statement said.

It has been learned that the said sculpture had briefly surfaced in the art market  in London in 1988.

The sculpture was received by the High Commission on the occasion of Makar Sakranti.

It has been dispatched to the Archeological Survey of India in New Delhi.