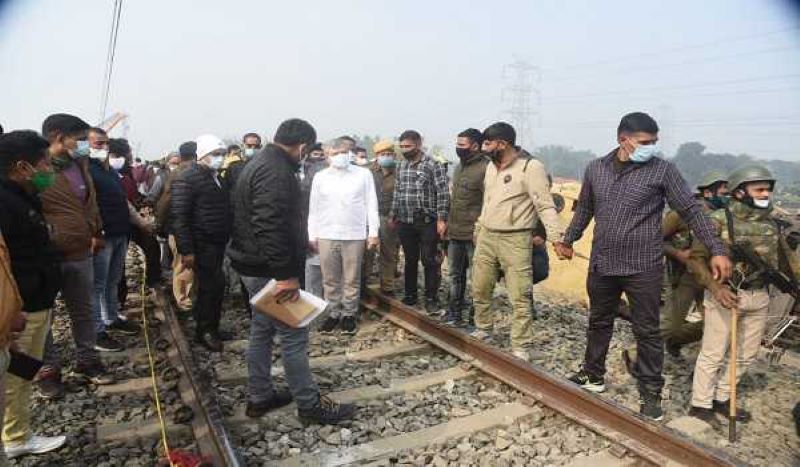 New Delhi/UNI: Railway Minister Ashwini Vaishnaw said on Friday that a statutory inquiry has been ordered into the derailment of Bikaner-Guwahati Express in Jalpaiguri district of West Bengal on Thursday.

The Minister visited the accident site on Friday morning with other senior railways officials to take the stalk of the situation.

Taking to reports after inspecting the site he said, "A statutory inquiry has been initiated. PM Modi is monitoring the situation and I'm in constant touch with him. I wish a speedy recovery to the injured."

Meanwhile the death toll in the Bikaner-Guwahati Express train climbed to 9 after two more bodies were recovered on Friday.

As many as 36 people were injured in the accident said the reports, adding that a few are in a critical condition.

Sources said the body of a passenger was recovered from the S-10 compartment around 3 am.

The injured are being treated at the North Bengal Medical College, Maynaguri Rural Hospital and Jalpaiguri Super Specialty Hospital.

While the rescue operation is complete, work related to cleaning the tracks is currently on.

According to Railway officials, train No. 15633 Up Express left New Domohani station at around 5 pm and derailed while running in the block section between New Domohani and New Maynaguri stations.

According to the reports 12 bogies of the train derailed and 4 coaches full of passengers completely overturned.

The Railway minister has also announced compensation for the passengers. The families of those killed in the accident will receive Rs 5 lakh, those seriously injured will get Rs 1 lakh and Rs 25,000 will be given for minor injuries.