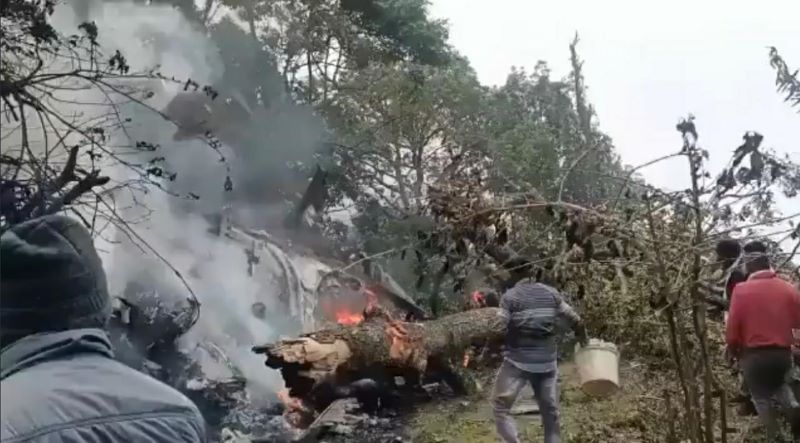 New Delhi/UNI: A Court of Inquiry formed to probe the Dec 8 chopper crash leading to the death of Chief of Defence Staff Gen Bipin Rawat and 13 others gave a detailed presentation to Defence Minister Rajnath Singh on Wednesday.

The panel, headed by Air Marshal Manvendra Singh with officers of the Army and Navy, also made certain recommendations for VVIP travel in choppers, informed sources said.

Government sources said a Controlled Flight Into Terrain (CFIT) has been mentioned as the cause of the accident, meaning the pilot may have entered an envelope of cloud and got disoriented due to low visibility, leading to a collision and subsequent crash.

The chopper was flying along a railway line on low attitude before entering into thick cloud cover.

The inquiry ruled out sabotage or technical fault as probable reasons behind the crash.

The panel has made certain recommendations to re-look at the Standard Operating Procedures to fly VVIPs.

The inquiry team collected evidence, examined the black box and studied various aspects of aviation while preparing a report.

The chopper had taken off from the Sulur IAF station and was flying to Wellington.