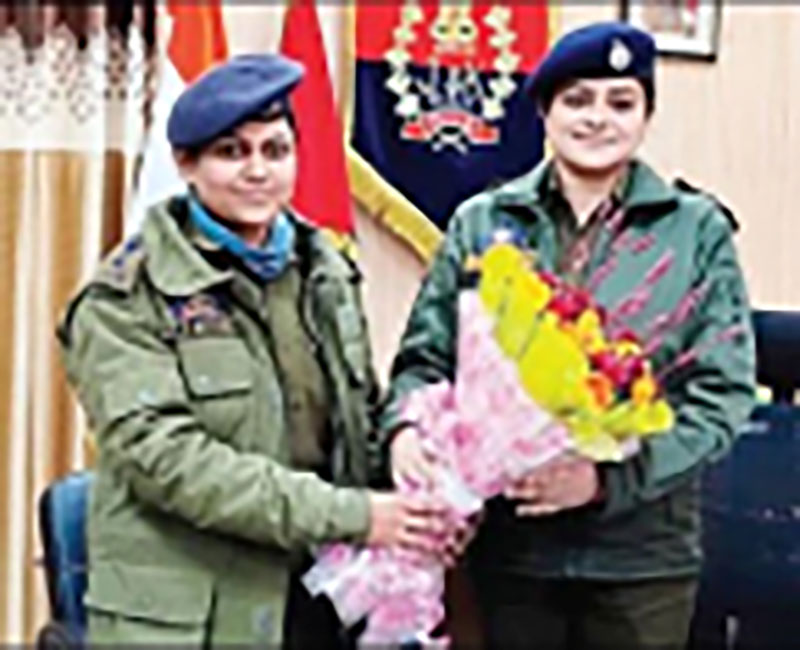 Mohita is a 2017 batch IPS Officer of the J&K-AGMUT cadre and has been posted as SP North Jammu.

Mohita would replace SSP P D Nitya who was transferred to Ladakh.

After handing over the charge of the district to Mohita, Nitya thanked police officers and officials for their support and cooperation during a tenure that started on Mar. 24, 2021 and ended Dec. 23, 2021.

After assuming charge, Sharma convened an introductory meeting with the police officers and officials at District Police Headquarter.