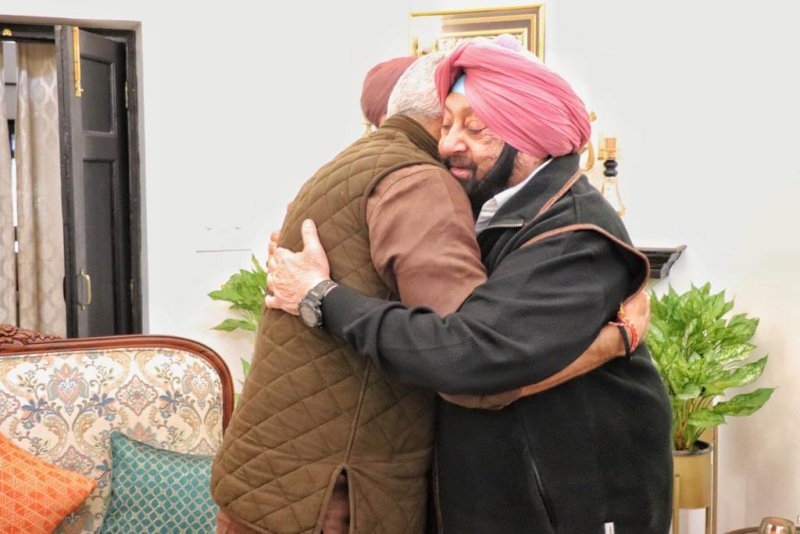 Amarinder Singh announces alliance with BJP ahead of Punjab polls

Chandigarh/IBNS: Former Punjab Chief Minister Amarinder Singh has announced an alliance with the Bharatiya Janata Party (BJP) ahead of the state assembly elections.

Singh, who quit the Congress party last month, made the announcement after meeting with the BJP leadership in Delhi.

"Our alliance (with BJP) is confirmed. Only seat-sharing talks are going on. We will see who will contest where - our criteria for seat selection is purely winnability," Amarinder Singh told reporters.

"The alliance will definitely, 101 percent win the elections. You can take that in writing," he added.

Gajendra Singh Shekhawat revealed in a separate post that "seven rounds of talks" have taken place in order to seal the deal. Former Akali Dal leader Sukhdev Singh Dhindsa is likely to join the alliance.

However, this move of Singh stitching an alliance with the BJP was quite expected after he resigned as the chief minister of Punjab facing 'humiliation' at the hands of Congress and thereby floating his own political party.

During the talks with the BJP on the tie-up, Singh had reportedly named one condition which was the scrapping of the three farm laws that had led to a yearlong protest by farmers in Punjab, Uttar Pradesh and other states.