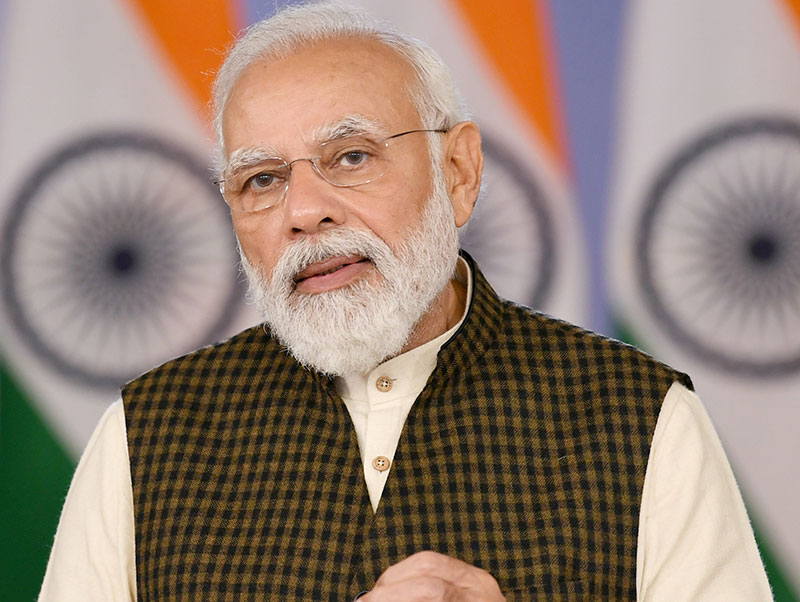 "General Bipin Rawat ji was as brave as he was hard working and was working hard to make the country's forces self-reliant and the whole country has been witness to it," he said.

Addressing a public meeting here on Saturday, Mr Modi admitted that the country was passing through pain at the death of the CDS. "But we will neither stop our pace nor progress. Campaign to make the country's armies self-reliant and to strengthen coordination between the three wings of the defence forces will continue," he added.

The PM said wherever General Rawat is, he will see his India moving forward with new resolutions.

"The work of increasing the security of the country's borders and its infrastructure will be speeded up", he added.

The PM made a special mention about Group Captain Varun Singh, who is fighting for his life, after being critically injured in the chopper crash along with the CDS.

"The doctors were working hard to save the life of Group Captain Varun Singh ji, a son of UP, a resident of Deoria. I pray to Maa Pateshwari to save his life," PM said.