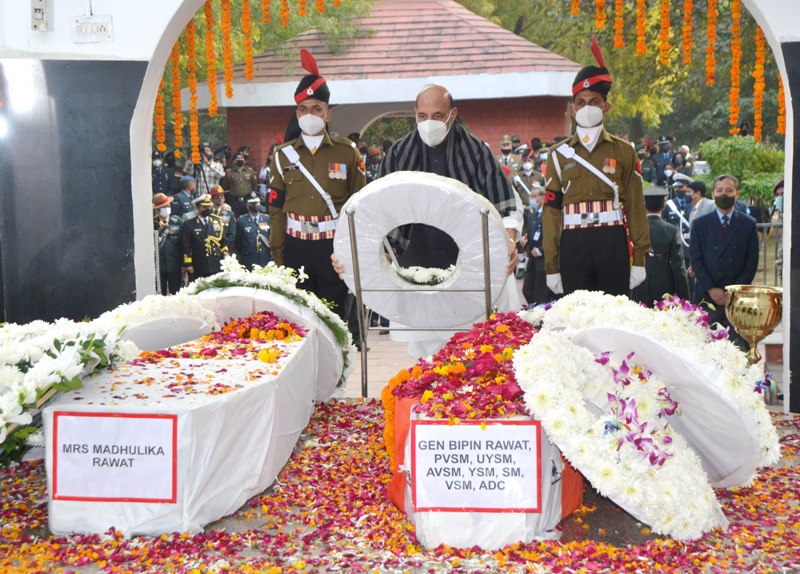 The cremation rites were performed by their daughters, Kritika and Tarini.

The bodies of General Rawat and his wife were laid side-by-side on the funeral pyre. 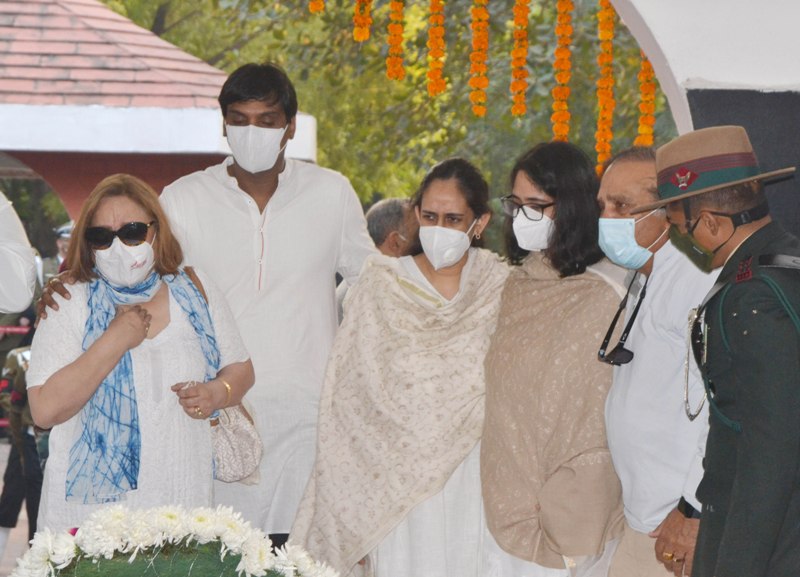 Earlier in the day, after the bodies of the General and his wife were brought to the crematorium, Defence Minister Rajnath Singh stood in silent tribute as military bugles sounded in the background. 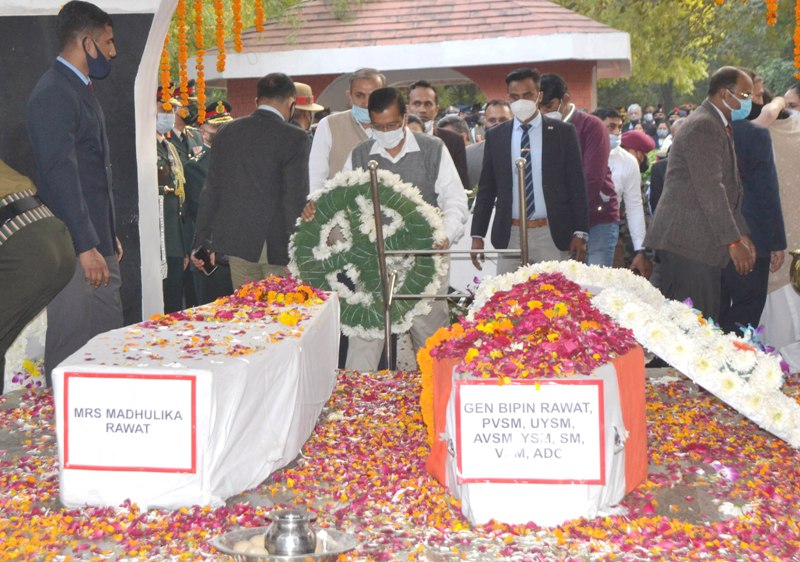 The 13 bodies were flown back Thursday on a C130-J Super Hercules aircraft that landed at Delhi's Palam airport.

Prime Minister Narendra Modi had paid his tributes to General Rawat, his wife and the 11 armed force personnel at the Palam Air Force base. On Friday morning a sea of mourners visited Gen Rawat's residence, where their mortal remains were kept to allow the public to pay their final respects.

Among those who came to offer condolences were Home Minister Amit Shah and NSA Ajit Doval.